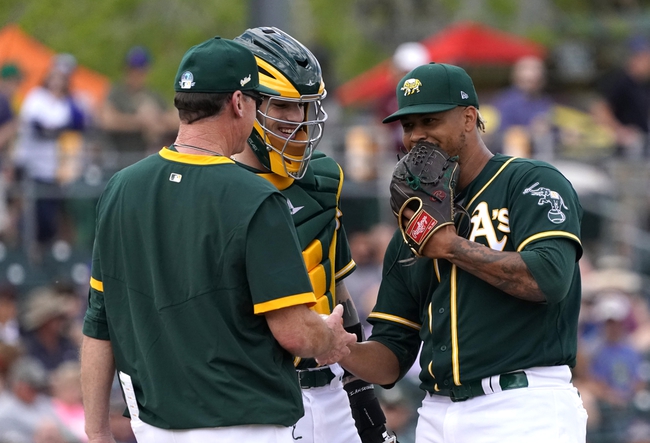 A Look at the Athletics for the 2020 MLB Season

The Oakland Athletics had a great 2019 season and will be hoping to mirror that campaign.  The Athletics went 97-65 a year ago, including a52-29 record at home. Let us take a look and see who the Athletics will be counting on this season.

The Athletics had a team average last season of .249, while smacking a total of 257 home runs.  Oakland had a very balanced lineup, as there were 7 players that had 20 or more home runs. Marcus Semien led the charge, as the shortstop hit .285 for the year, while blasting 33 home runs and finishing with 92 RBIs.  Matt Olson did his part last year, cranking 36 home runs, driving in 91 RBIs, while hitting .267. Third baseman Matt Chapman recorded 36 home runs and 36 doubles, while registering 91 RBIs. Mark Canha contributed a .273 average, while finishing with an on base percentage of .396. Canha added 26 home runs and 58 RBIs.

The pitching staff for Oakland had a solid year, posting a 3.97 ERA.  The team also had a WHIP of 1.24. The Athletics will be looking to Sean Manaea this year to help lead the staff.  Manaea had an injury riddled 2019 campaign, but still managed a 4-0 record, while recording a 1.21 ERA. Frankie Montas will be looking to up his starts from a year ago, where the right hander started just 16 games.  Montas was 9-2 with a 2.63 ERA a year ago. Mike Fiers added a 15-4 record, while finishing the year with a 3.90 ERA.

The Athletics will have Liam Hendriks to close out games, as the right hander converted 25 saves on 32 opportunities and finished the year with a 1.80 ERA.

The Athletics will go as far as their offense takes them, as Oakland has a powerful lineup.  Oakland does have the luxury of Sean Manaea starting the season in the rotation, as he was definitely missed last year.  As good as Oakland was a season ago, Manaea only started 5 games. Manaea is back and if the lineup can hit for the same power that the team put on display a season ago, which I believe should happen, then I like the chances of the over here.