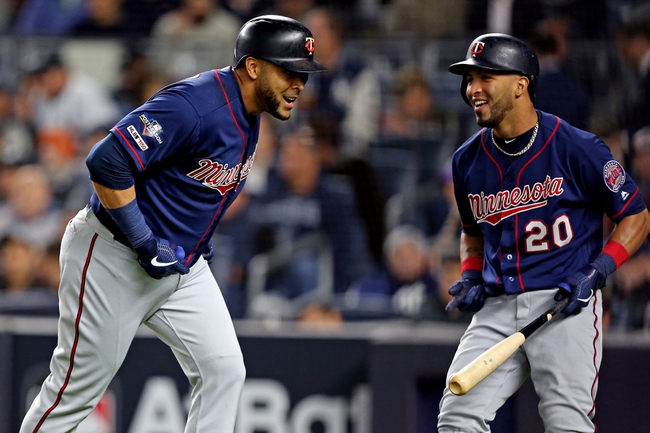 The Minnesota Twins knew going into last season they might have some level of success, but not many expected they could finish the season with 101 wins. With the big season the Minnesota Twins now have a lot of expectations and there are some who believe this team could contend for a World Series. Get MLB Predictions and MLB Picks for every Twins game at Pick Dawgz.

All those players are back this year for the Twins and they added a key piece in Josh Donaldson who should only make the offense better. Donaldson hit .259 with the Braves putting up 37 home runs and 94 RBI’s.

A player not many are talking about but that should be kept a close eye on is Luis Arraez who could contend for a batting title. Arraez only played in 92 games but he hit .334 and only struck out 29 times.

Pitching seems to be the big question heading into the season, but it might actually be a weakness for the team.

Jose Berrios is the ace for the Twins and during the 2019 season he finished 14-8 with an ERA 3.68. The last few years Berrios was worn down in the second half of the season so if the season is shortened it could help Berrios.

The Twins also traded for Kenta Maeda who should give the team a true second or third starting pitcher.  The rest of the rotation includes Jake Odorizzi, Homer Bailey, and the fifth starter is still up in the air. Michael Pineda is suspended for the first 60 games, and he

The Twins win total currently sits at 90.5 and this is going to go well over. The Twins had one of the best offenses of all time last season and they only got better adding Josh Donaldson.

There are going to be all kinds of balls flying out of Target Field and it’s going to be a fun summer for Minnesota. The pitching staff also improved and when Pineda comes back it could be one of the better starting rotations in all of baseball.

This is a team that is going to finish with around 100 wins again which will be well over the posted total.