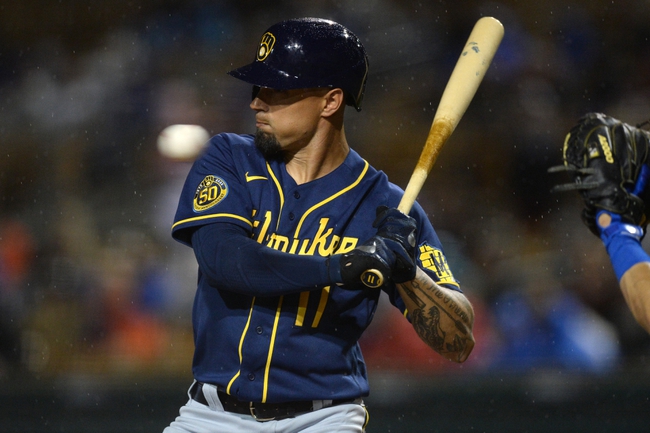 A Look at the Brewers for the 2020 MLB Season

The Milwaukee Brewers will be looking to leapfrog the Cardinals in the NL Central this season.  The Brewers finished 2 games behind the Cardinals for 1st place in the Central, finishing with a record of 89-73. Let us take a look and see what the Brewers have returning for the 2020 campaign. Get MLB Predictions and MLB Picks for every Milwaukee Brewers game at Pick Dawgz.

The Brewers will be welcoming back their same outfield , along with some other familiar faces.  Christian Yelich is what makes this offense go, the left handed slugger smoked 44 home runs, while knocking in 97 runs, and hitting .329.  Lorenzo Cain hit .260, while collecting 11 home runs and 48 rbis, while swiping 18 bases. Ryan Braun had a nice year during his 13 season in the big leagues, totaling 22 home runs and 75 rbis, while hitting .285.  Milwaukee did acquire Justin Smoak in the off season, as the power hitting left hander finished with 22 home runs and over 60 rbis a year ago for Toronto. Keston Hiura had a great rookie season, recording a .303 average, while slugging 19 home runs and 49 rbis.

The Brewers welcome back Brandon Woodruff, as the right hander had a career year in his 3rd year in the league.  Woodruff finished the 2019 season with a 3.62 era and a 11-3 record. Adrain Houser is expected to start more than the 18 games he started last season, as Houser registered a 6-7 record, while having a 3.72 era.  Brett Anderson will also be in the rotation for Milwaukee. The Brewers had one of the best closers in baseball a year ago, as Josh Hader had a 2.62 era, while converting 37 saves in 44 opportunities.

The Brewers have a lineup with a lot of power and a pitching staff that is gaining more experience by the year.  The Brewers lost Eric Thames in the offseason, but were able to replace the 1st baseman with Justin Smoak. The Brewers return one of the better lineups in the NL Central and will be competing for the NL Central title again.  I’ll take the Brewers to cover this win total.