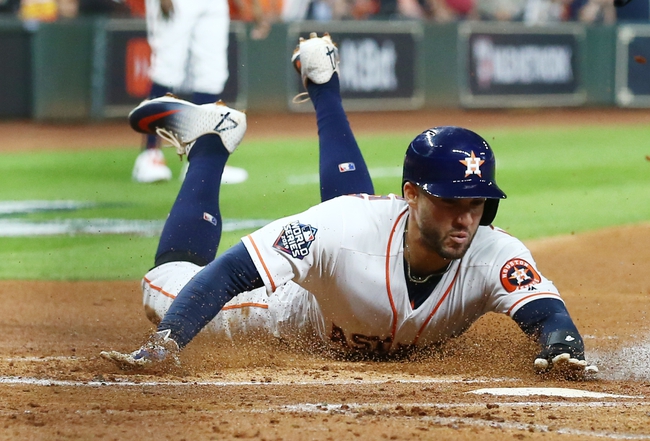 A Look at the Astros for the 2020 MLB Season

The Houston Astros finished the 2019 season with 107 wins, but they lost in the World Series to the Washington Nationals in seven games. Most of the offseason surrounding the Astros has been about the cheating scandal but that has overshadowed that is is a good team coming back that could compete for another World Series. Get MLB Predictions and MLB Picks for every Astros game at Pick Dawgz.

Top to bottom, the Astros have one of the best lines up in all baseball. Last season the Astros hit 288 home runs and they have most of that production back.

Alex Bregman led the Astros with 41 home runs and 112 RBI’s. George Springer was second on the team with 39 home runs and 96 RBI’s. Josh Reddick is projected to be batting eighth in the lineup this season, and in most lineups he would probably be in the top five.

There are some who have doubts about the Astros lineup and what they can do with a closer eye on them, but these were all good players before the scandal.

The Astros lost Gerrit Cole to the New York Yankees, but this is still a very good rotation. Justin Verlander has undergone groin surgery and it’s unclear when he will be able to return to the rotation, but when he is back he is still one of the best pitchers in baseball.

Zack Greinke is one of the best pitchers and before Tommy John's surgery, Lance McCullers Jr. was elite. In his 10 games played last season with the Astros, Greinke had an 8-1 record and an ERA of 3.02.

The top of the Astros rotation is elite, but after that, there are some serious question marks. Jose Urquidly and Joshua James are expected to also be in the rotation, and how much success this team will have could come down to the back end of the starting rotation.

The Astros have the third-highest projected win total at 97.5 and that number seems just a little too high.

Verlander could be back for the start of the season, but the fourth and fifth starter for the Astros is going to really let them down. There is a big drop off after the top three, and that is going to cost the Astros a lot of wins.