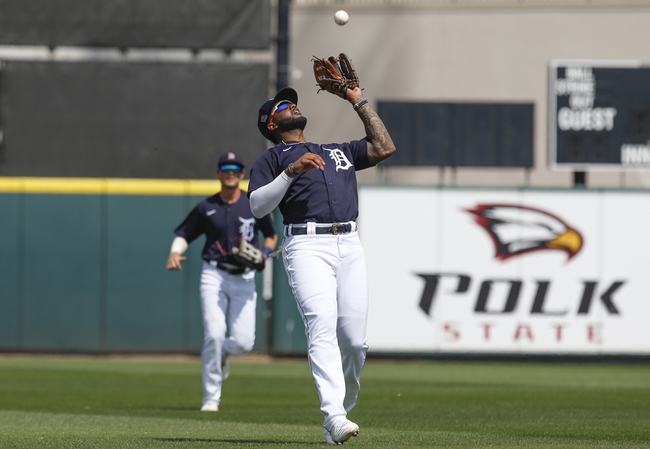 A Look at the Tigers for the 2020 MLB Season

The Detroit Tigers enter the 2020 season, hoping to drastically improve from their 2019 campaign.  The Tigers were 47-114 last season. Who will the Tigers be looking at to guide this team to a better record this season, let us take a look. Get MLB Predictions and MLB Picks for every Tigers game at Pick Dawgz.

The Tigers struggled hitting wise, posting just a .240 team batting average, with no player having more than 15 home runs.  The Tigers will be anchored by Miguel Cabrera, who will be entering his 18th season. Cabrera registered a .282 batting average, while hitting 12 home runs and 59 rbis.  Detroit will be looking at Niko Goodrum who is entering his 4th season to build off his last 2 seasons. Goodrum had a .248 average last season, while totaling 12 home runs and 45 rbis, while also hitting 27 doubles.  Detroit did acquire Jonathan Schoop in the off season. Schoop has 7 years of experience at the MLB level. He hit .256 for the Twins last season, while slugging 23 home runs and knocking in 59 runs. Christin Stewart who had 10 home runs and 25 doubles a year ago, also returns.

The Tigers pitching staff last season was nothing to write home about, as Detroit finished with a team era of 5.24.  Matthew Boyd finished the 2019 season with a 4.56 era, but gave up an absurd 39 home runs. Boyd had a 9-12 record. Spencer Turnbull will be playing in his 3rd big league season and will be looking to have a completely different season. Turnbull recorded a 4.61 era and a 3-17 record.  The Tigers projected rotation did not have an era better than 4.49 during the 2019 season. Joe Jimenez is slated to be the closer, after posting a 4.37 era and recording 9 saves a year ago.

When you look at the Tigers roster, there isn’t much that jumps out at you.  While the Tigers do have a younger team, I’m not sure this team is 11 wins better than last year, that is a huge jump.  Cabrera has been in the league awhile and who knows if his average and power will decline from this past season. The Tigers had arguably the worst pitching rotation in baseball, which included giving up 250 home runs.  While I can’t see the Tigers being as bad as last year, this roster is still about the same, just with more experience. I can see Detroit having a better record, but no increase of 11 wins better. I’ll take the under in this one.