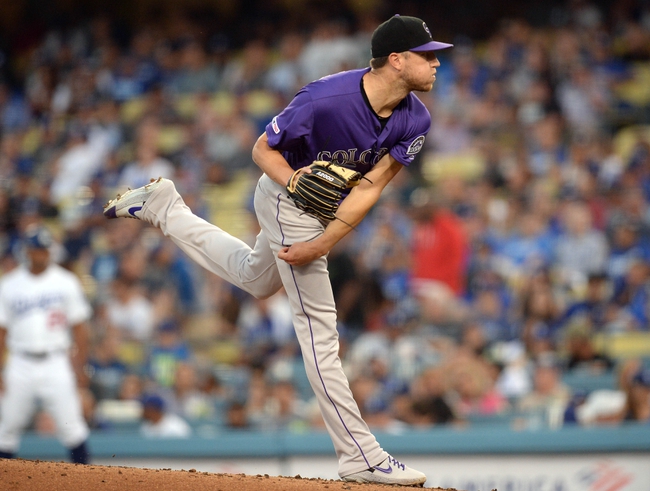 A Look at the Rockies for the 2020 MLB Season

The Colorado Rockies are usually an exciting team to watch because they play at Coors Field and there is a lot of scoring, but the 2019 season was filled with a lot of struggles. The Rockies finished with a 71-91 record which was actually a bit shocking with the talent on the roster. The hope is they can bounce back Get MLB Predictions and MLB Picks for every Rockies game at Pick Dawgz.

The Rockies were quiet during free agency not adding a single player that is expected to make an impact on the offense, but the hopes are still high for what this offense can do.

David Dahl, Trevor Story, Charlie Blackmon, and Nolan Arenado are the anchors of the offense and there should be lots of home runs flying. Arenado has been involved in many trade rumors but at least for now it looks like he will be on the squad to start the season.

During the 2019 season, Arenado hit 41 home runs while driving in 118 RBI’s. Some of that has to be contributed to Coors Field, but Arenado still has one of the best bets in the National League.

Daniel Murphy is also slated to start at first base and bat fifth or sixth in the lineup, and he could be an x-factor for this team.

Jon Gray, German Marquez, Kyle Freeland, Antonio Senzatela, and Jeff Hoffman are expected to be in the starting rotation. Chi Chi Gonzalez also could compete for one of the spots. During the 2019 season, Gray went 11-4 with an ERA of 3.84.

3.84 is solid but even more impressive because Gray pitched about half of his starts at Coors Field.

Kyle Freeland has been up and down during his career but if he has a big year, that could be the difference in this team making the playoffs and missing it.

This season is going to come down to the pitching and the Rockies should have a solid rotation. Look for a big year for Freeland and that is going to be the difference.

They might not do enough to make the playoffs but the total of 74.5 is way too low. Look for the Rockies to finish with at least 80 wins, and this is one of the best plays on the entire board.