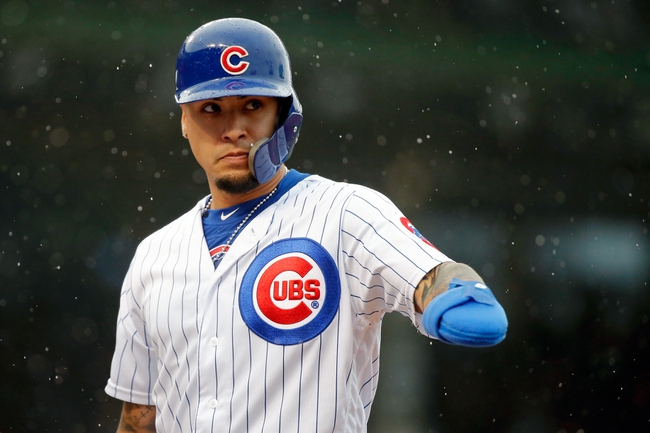 The Chicago Cubs had a disappointing season in 2019 finishing with an 84-78 record which put them in third place in the NL Central. The Cubs missed out on the playoffs and made a lot of big changes this offseason. Get MLB Predictions and MLB Picks for every Chicago Cubs game at Pick Dawgz.

Gone is Joe Maddon who is now with the Angels, and the Cubs brought in David Ross who was a fan favorite as a catcher with the team, but it’s still to be seen how he will adjust to leading the team in this role.

There was some speculation that the Cubs could move on from Kris Bryant, but he is still on the roster and will be a big key for the 2020 season. Bryant finished the 2019 season with a .282 average hitting 31 home runs and driving in 77. First baseman Anthony Rizzo also had a big 2019 season finishing with 27 home runs and 94 RBI’s.

Willson Contreras and Javier Baez take a backseat to Rizzo and Bryant but they are just as important for the offensive success of this team.

Baez strikes out a lot, but it seems when the Cubs need a big hit late in the game, it’s their shortstop that delivers.

Gone is Cole Hamels but this is still a solid pitching staff, as long as everyone lives up to the expectations.

There were many grumblings about Yu Darvish after dealing with struggles and injuries early in this time Over the last 88.1 innings of 2019, Darvish only issued seven walks, and as long as the walks stay down he should be in line for a big season.

Jose Quintina is a solid third but the big question could be what happens with Jon Lester. During the 2019 season, Lester went 13-10 but he had a high ERA of 4.46.

If Lester can have a big year this is an above-average rotation but if he struggles it could derail the entire season.

It was a down year last year for the Cubs and they didn’t really do a whole lot to address the concerns surrounding the team. The bullpen is still an issue and it’s going to cost them a lot of games.

The offense is going to be strong, but the bench isn’t strong, so if there are any injuries that also could be an issue.

Third place in the NL Central seems about right again for the Cubs which will keep them under for the wins total.