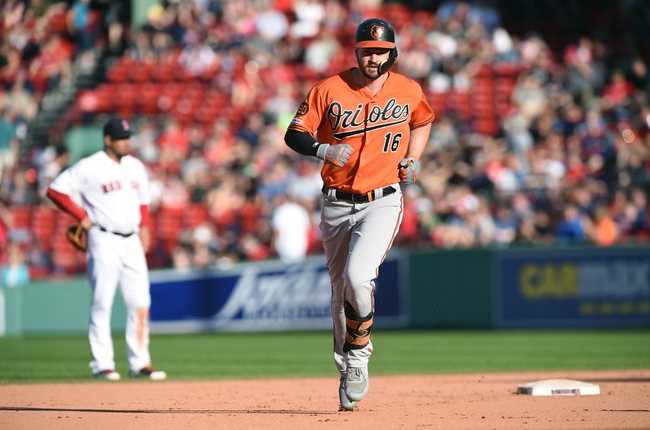 A Look at the Baltimore Orioles 2020 MLB Season

The Baltimore Orioles won seven more games in 2019 than they did in 2018. Most would think that this is a great improvement, but when you only win 47 games two seasons ago, the only way to go is up. Get MLB Predictions and MLB Picks for every Orioles game at Pick Dawgz.

Baltimore, in the midst of their long-term rebuild process, once again struggled throughout the 2019 season. 2020 does not look to be much brighter for the birds, as a very tough AL East should suffocate them yet again.

Offense: The offense in 2019 for the O's was not terrible by any means. Ranked around the low 20s in most team batting stats, the Orioles were able to at least look competent at the plate a season ago. RF Trey Mancini had a stellar 2019 season, bashing 35 home runs and adding 97 RBIs (Runs Batted In). It was definitely a career year for Mancini, who was the biggest bright spot for Baltimore last season.

Baltimore will have to deal with the loss of Jonathon Villar, who was another player who had solid success at the plate for the O's in 2019. The O's did not add too much help for their lineup heading into 2020. One mid-major acquisition was SS Jose Iglesias, who the Orioles signed through free agency. Iglesias should provide adequate fielding and contact hitting to a team that could certainly use both. The Orioles also have some young, intriguing guys like C Pedro Severino, 3B Rio Ruiz, and 2B Hanser Alberto, who will look to take the next step in their careers.

Pitching: Pitching is where the Orioles suffered in 2019, as without a doubt this team had the worst team pitching in all of the MLB. The Orioles ranked 30th in the league in team ERA (Earned Run Average), with a whopping 5.59. Opponents hit .271 (batting average) against the O's, which puts them at 27th in that statistic.

It looks like John Means and Alex Cobb will headline the Orioles starting rotation in 2020, which is not a duo I am too impressed with at all, but more so because of the Cobb side. Means had a decent year in Baltimore, while Cobb had a 10.95 ERA in 12.1 innings in 2019.

The bullpen does not look much better for Baltimore, who was able to resign Miguel Castro in the offseason. Overall, this rotation and pen will certainly be near the bottom of the league in most pitching statistics by the end of the 2020 season.

Overview and Projections/Prediction: Although I see another tough season for the Orioles in 2020, I do think that they should improve little by little every season. I think this team can win more than 56.5 games because of their lineup. As much as the pitching worries me, the offense is much more important in the MLB nowadays, especially in the AL. As far as I see, the Orioles offense should be competent again.