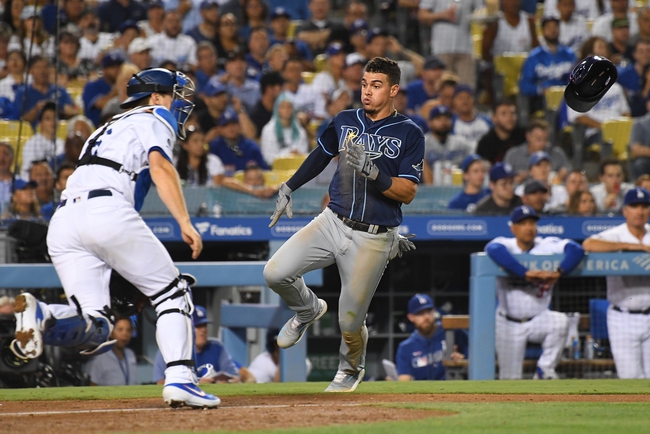 The Tampa Bay Rays face the Los Angeles Dodgers on Tuesday, October 20th at Globe Life Field for game one of the 2020 World Series.

The Tampa Bay Rays and the Los Angeles Dodgers are the final two teams remaining in the 2020 postseason as we are set for the World Series. Both the Rays and Dodgers were regular-season champions in their respective leagues, and now they will battle it out for baseball's most coveted prize.

The Tampa Bay Rays finished the regular season with a record of 40-20, winning the AL East division. The Rays took down the Toronto Blue Jays in two games during the AL Wild Card round. Afterwards, the Rays took on a very tough Yankees team and were able to eliminate the Bronx Bombers in an exciting five games. The Rays then had to take on the defending American League champions in the Houston Astros in the ALCS. After going up 3-0 in the series, the Rays lost three games straight to push the series to a game seven. The Rays won game seven by a final score of 4-2, punching their ticket to their second World Series appearance in franchise history.

The Los Angeles Dodgers were the most dominant team in the MLB during the regular season, boasting a 43-17 record through the 60-game schedule. The Dodgers swept both the Brewers and the Padres in the NL Wild Card and NLDS respectively. In the NLCS against the Atlanta Braves, the Dodgers had to deal with their first sense of adversity this season. The Braves had a 3-1 series lead through four games in the NLCS, but the Dodgers stormed back and responded by winning the final three games in the series to reach the World Series for the third time in four seasons.

The Tampa Bay Rays are projected to bring right-hander Tyler Glasnow to the mound to face the Dodgers in game one. Glasnow held a 5-1 record with a 4.08 ERA during the regular season with the Rays. Glasnow will be pitching in his fifth game of the 2020 postseason, but he has not been the sharpest. Glasnow has allowed 10 earned runs through 19.1 innings in the playoffs thus far.

The Los Angeles Dodgers are projected to bring left-hander Clayton Kershaw to the bump to take on the Rays. Kershaw had a fantastic regular season, posting a 6-2 record with a 2.16 ERA. Kershaw has also struggled in the postseason thus far, especially in his last two starts against the Padres and Braves.

The Dodgers open as the sizable favorites in game one of the series, and I like Los Angeles to win game one with Kershaw on the mound. Kershaw has historically been a poor postseason pitcher, but I think he silences the doubters in a strong performance on Tuesday. I will take the Dodgers on the money line in game one. 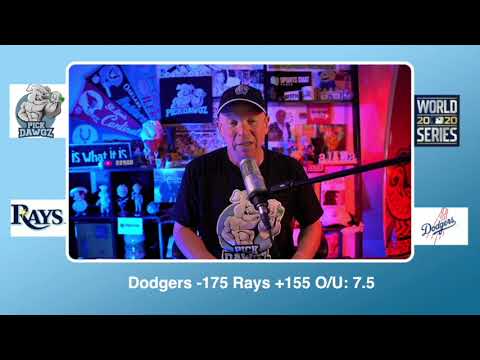