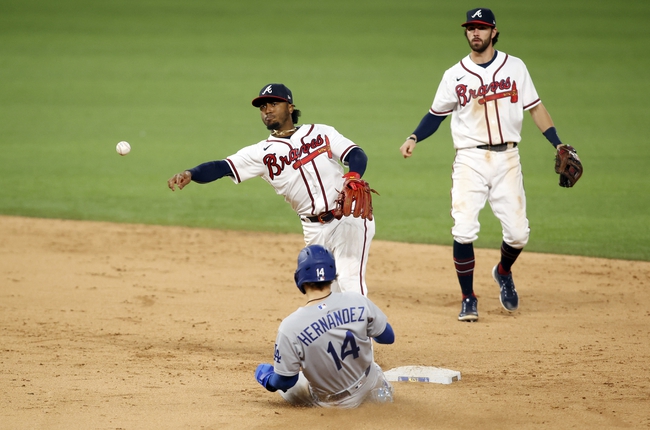 The Atlanta Braves face the Los Angeles Dodgers on Saturday, October 17th at Globe Life Field for game six of the NLCS.

The Los Angeles Dodgers defeated the Atlanta Braves by the final score of 7-3 in game five of the NLCS on Friday night. The Dodgers kept their playoff hopes alive with the win on Friday night, as the Braves now lead the series 3-2. The Dodgers trailed in game five after two innings, as the Braves jumped out to an early 2-0 lead. The Dodgers would post three runs in the sixth and three more in the seventh to take over the game push the series to a sixth game. The Braves will have a second chance to punch their tickets to the World Series with a win in game six on Saturday, while the Dodgers will look to even the series at 3-3 and force a game seven. The Braves are now 2-1 in series' clinching games this postseason. This is the first time that the Dodgers have had to face elimination in this year's playoffs, and they are one game away from the series being a winner-take-all.

The Atlanta Braves are projected to bring left-hander Max Fried to the mound to face the Dodgers in game six of the series. Fried is 0-0 with a 1.50 ERA through his first three postseason games this season. Fried became the Braves' ace after Mike Soroka went down, and he will be crucial in this game. In Fried's last game in this series, he allowed one earned run through 6.0 innings while striking out nine batters.

The Los Angeles Dodgers are projected to send right-hander Walker Buehler to the bump for game six. Buehler is 0-0 with a 1.80 ERA through his first three postseason outings this season. Buehler allowed one earned run through 5.0 innings against the Braves in his most recent start.

Get Premium Picks Start Winning Now »
The pick in this article is the opinion of the writer, not a PickDawgz site consensus.
Previous Pick
KT Wiz Suwon vs. SK Wyverns 10/18/20 KBO Baseball Picks and Predictions
Next Pick
Houston Astros at Tampa Bay Rays 10/17/20 MLB ALCS Picks and Predictions