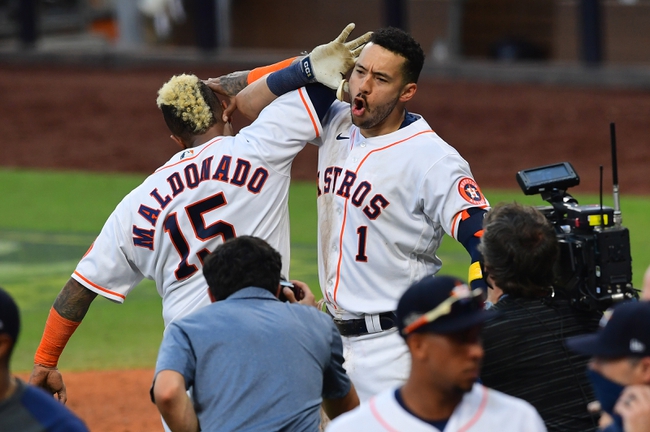 The Tampa Bay Rays face the Houston Astros on Friday, October 16th at Petco Park for game six of the ALCS.

The Houston Astros defeated the Tampa Bay Rays by the final score of 4-3 in game five on Thursday night to extend the series. The Astros won the game via walk-off fashion, as shortstop Carlos Correa hit a solo home run in the bottom of the ninth to win the game. The Astros still trail in the series three games to two, but now the two teams will face off in game six on Friday. Both the Astros and Rays used bullpen games in game five of the series, as Houston featured seven pitchers and the Rays used only four. Both teams will look for their respective starters to pitch deep into game six, as fatigue will play a big part in the rest of this series. The Rays will look to finally put an end to the series and reach the World Series with a win on Friday, as they are now 2-3 in series-clinching games in this postseason.

The Tampa Bay Rays are projected to bring left-hander Blake Snell to the mound to face the Astros in game six. Snell is 1-1 with a 3.38 ERA in the 2020 postseason thus far with the Rays. Snell will pitch in his fourth playoff game this season and in his second game of this ALCS. Snell won game one for the Rays in this series, and he will look to do the same with another dominant performance in game six.

The Houston Astros are projected to send right-hander Framber Valdez to the bump for game six of this series. Valdez is 0-0 with a 1.50 ERA in the postseason so far with the Astros. Valdez and the Astros will look to force a game seven, and Valdez's performance is crucial. The Astros do not have the energy in the bullpen for Valdez to make an early exit.

The Astros have not given up yet, and their dramatic ending to game five could certainly give them the much-needed momentum swing that every team looks for in a best-of-seven series. Unfortunately for Houston, I believe that Friday's game will be the end of the road. I like the Rays to put an end to this series in game six, and I will take Tampa Bay on the money line. I expect a strong performance by Snell, and that should do the trick on Friday.

Get Premium Picks Start Winning Now »
The pick in this article is the opinion of the writer, not a PickDawgz site consensus.
Previous Pick
Kia Tigers vs. LG Twins 10/16/20 KBO Baseball Picks and Predictions
Next Pick
Los Angeles Dodgers at Atlanta Braves 10/16/20 MLB NLCS Picks and Prediction 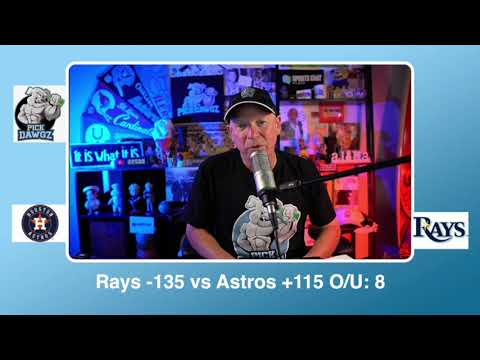