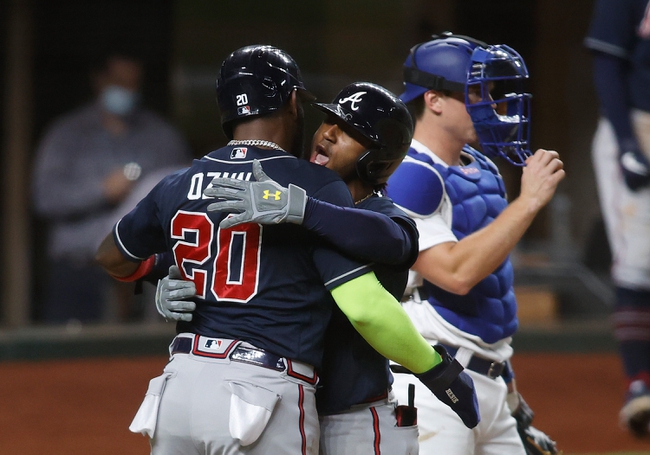 The Atlanta Braves face the Los Angeles Dodgers on Tuesday, October 13th at Globe Life Field for game two of the NLCS.

The Atlanta Braves defeated the Los Angeles Dodgers by the final score of 5-1 in game one of the NLCS on Monday night. Monday's game proved to be a pitcher's duel for eight innings, with each team scoring a single run off a solo home run by Freddie Freeman of Atlanta and Kike Hernandez of Los Angeles. In the top of the ninth inning, the Braves were able to break the score open with a four-run inning. The go-ahead run for Atlanta came off an Austin Riley solo shot that traveled 448 feet. The other two runs were scored off of a Marcell Ozuna RBI single and an Ozzie Albies two-run homer. The Braves are now a perfect 6-0 in the playoffs thus far, and they now hold a 1-0 series lead over the Dodgers. For the Dodgers, it was their first playoff loss in 2020, and the regular-season champs will now look to tie the series at 1-1 with a win on Tuesday.

The Atlanta Braves are set to bring right-hander Ian Anderson to the mound to face the Dodgers in game two. Anderson went 3-2 with a 1.95 ERA through 32.1 innings during the regular season with the Braves. Anderson has tossed 11.2 innings of shutout baseball throughout the playoffs, as he pitched in both the Wild Card and Divisional Series'. In fact, the Braves as a team have only allowed six total runs through their first six playoff games, a stat that is almost unthinkable.

The Los Angeles Dodgers are projected to send their ace in left-hander Clayton Kershaw to the bump for game two. Kershaw went 6-2 with a 2.16 ERA during the regular season with the Dodgers. Through 14.0 innings in the playoffs, Kershaw has allowed three earned runs and struck out 19 batters for the Dodgers.

After a tough game one loss, the Dodgers open as big favorites in game two with Kershaw on the mound. I think game two will be a close one, with two fantastic pitchers on the mound. I will take the Atlanta Braves om the run line, as I think this could be a one-run game.

UPDATE: It has been announced that Clayton Kershaw has been scratched from game two. Tony Gonsolin will now be the starter for the Dodgers on Tuesday night. The pick remains Braves +1.5 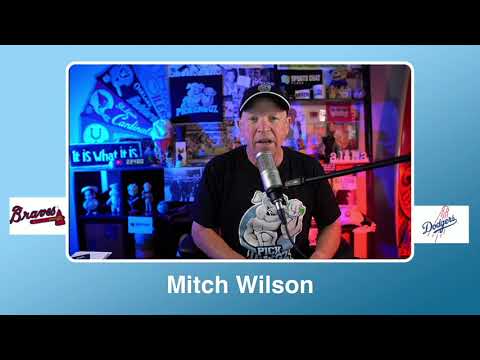