The Houston Astros face the Tampa Bay Rays on Monday, October 12th at Petco Park for game two of the ALCS.

The Tampa Bay Rays took down the Houston Astros by the final score of 2-1 in game one of the ALCS on Sunday night. Jose Altuve opened the scoring in the series with a solo home run for the Astros, but a Randy Arozarena solo shot and a Mike Zunino RBI single paved the way for the Rays win. The Rays relied on their well-rounded pitching staff in game one, as five different pitchers played in Sunday's game. Blake Snell earned the win for the Rays after pitching 5.0 strong innings. Framber Valdez received the loss for the Astros after allowing two earned runs through 6.0 innings. The Rays will look to jump to a 2-0 series lead with a win on Monday, while the Astros will fight to even the series at 1-1.

The Houston Astros are projected to bring right-hander Lance McCullers Jr to the mound to face the Rays in game two. McCullers Jr went 3-3 with a 3.93 ERA during the regular season with the Astros. McCullers Jr pitched in the ALDS against the Oakland Athletics in game four of the series. McCullers allowed four earned runs on eight hits in that outing, as he was not the sharpest. McCullers Jr will have to shake off his last start and come out strong in a very important game two for the Astros.

The Tampa Bay Rays are set to send right-hander Charlie Morton to the bump to face the Astros on Monday. Morton went 2-2 with a 4.74 ERA during the regular season with the Rays. Morton pitched in the ALDS against the New York Yankees, and he tossed 5.0 strong innings in game three of the series.

The line has not yet been released for this game, so be sure to check back soon for updates regarding the odds. I like the Astros to come back and earn a game two win to even up this series. The Astros' playoff experience should be able to shine through in this one, and I think this series could go the distance. I will take the Astros on the money line in game two. 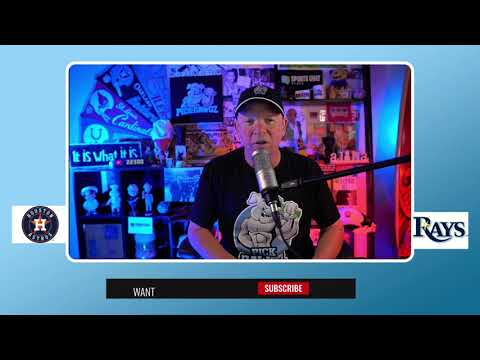