The Atlanta Braves and Los Angeles Dodgers face off on Monday in Game 1 of their National League Championship Series at Globe Life Field.

The Braves first season in the playoffs was against the Miami Marlins and there were no issues coming away with a victory in the game. After giving up five runs in the first game against Marlins they gave up zero runs in each of their last two games. Catcher Travis D’Arnaud has been the best offensive player this season hitting two home runs and driving in seven RBI’s. Dansby Swanson has also hit two home runs and driven in five RBI’s. In this game the offense is going to need to be really good.

On the other side of this matchup is the Dodgers who played against the San Diego Padres in their first series of the playoffs and they had no issues coming away with three victories. In the last game it was the offense that ran up the score putting up 12 runs and that led to an easy victory. The Dodgers have used a balanced attack with their offense and eight different players have driven in at least two RBI’s. The leader has been Cody Bellinger who has driven in five RBI’s.

On the mound for the Braves will be Max Fried who currently sits with a 7-0 record and an ERA of 2.42. In his last start though he gave up four runs in four innings.

On the mound for the Dodgers will be Walker Buehler who has pitched 44.2 innings this year and sits with a 3.43.ERA . In Buehler’s last start he went four innings giving up two hits and one run.

Fried got hit hard in the last game and that is going to continue in this game. Look for the Dodgers to run up the score against him. The Braves will have no answer with their offense and the Dodgers will win this game on the run line.

Get Premium Picks Start Winning Now »
The pick in this article is the opinion of the writer, not a PickDawgz site consensus.
Previous Pick
Houston Astros at Tampa Bay Rays 10/12/20 MLB Picks and Predictions
Next Pick
Hanwha Eagles vs. Doosan Bears 10/13/20 KBO Baseball Picks and Predictions 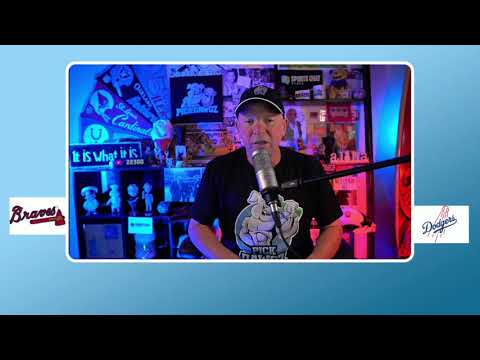