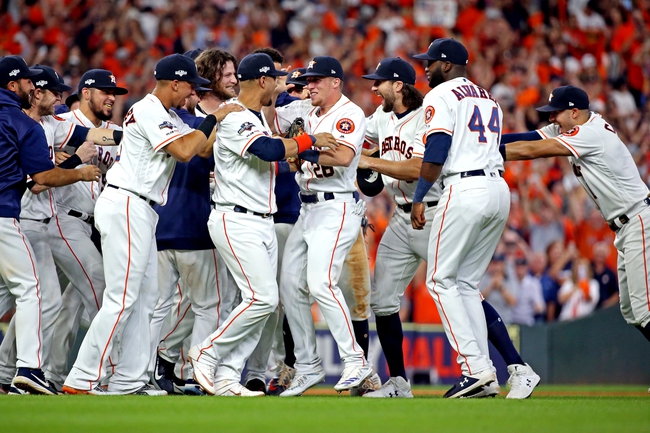 The Houston Astros and Tampa Bay Rays face off on Sunday in the first game of their American League Championship Series at Petco Park.

If this would have been last year the Astros wouldn’t even be in the playoffs, but that doesn’t matter now as they are only four wins away from making the World Series.It took four games against the Oakland Athletics but they advanced. During that series against the A’s it was the offense that was the difference including the last game where they scored 11 runs. Carlos Correa has been the best offensive player this postseason for the Astros putting up four home runs and driving in 12 RBI’s. In this game it’s going to be about the offense getting out to a fast start and really put pressure on the Rays offense to score runs.

On the other side of this matchup is the Rays who had to play five games against the New York Yankees to advance but they were able to win a pitcher’s duel in Game 5 to advance. It was a home run in the 8th inning that was the winning run. The Rays really haven’t had a star player on offense, but they have had plenty of players step up. Manuel Magot has been the best player in terms of stats, having two home runs and driving in five RBI’s. This is a scrappy team but if they want a chance at victory, they need a good pitching outing.

On the mound for the Rays will be Blake Snell who overall this season has a 5-3 record and an ERA of 3.26. He made one start against the Yankees going five innings giving up six hits and four earned runs.

Framber Valdez will get the start for the Astros and on the season he sits with an ERA of 3.57.

These are two offenses who are good and I don’t trust Blake Snell to have a big game. Look for the Astros to continue their run and pull the upset in this game.

Get Premium Picks Start Winning Now »
The pick in this article is the opinion of the writer, not a PickDawgz site consensus.
Previous Pick
Lotte Giants vs. Samsung Lions 10/11/20 KBO Baseball Picks and Predictions
Next Pick
Houston Astros at Tampa Bay Rays 10/12/20 MLB Picks and Predictions