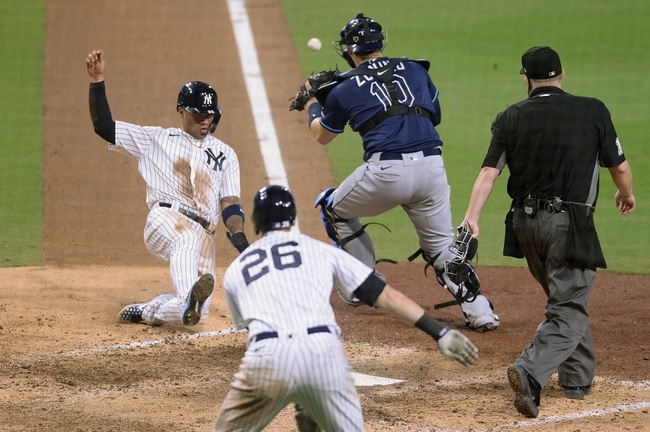 The New York Yankees and Tampa Bay Rays face off on Friday in the last game of their American League Division Series at Petco Park.

The Yankees won Game 1 and Game 4 of the series while the Rays won Game 2 and 3.

The Rays pitching staff hasn’t had a whole lot of success this series, so when they have won games it’s been because of the offense making up for the bad offense. In the two wins the Rays scored 15 runs total and in the two losses they scored only four runs total. The Rays have used a balanced attack on the offense with five players driving in at least four RBI’s. The Rays offense is going to have to step up in this game in a very tough matchup.

On the other side of this matchup is the Yankees who send out their ace to the mound in this game, and they are going to need them to step up. Gleyber Torres had a big game on Thursday having two hits and two runs. Gincarlo Stanton has been a standout during the playoffs already hitting six home runs and 13 RBI’s.In the first game of this series the Yankees came away with a 9-3 victory and a fast start is what they need in this game.

On the mound for the Rays will be Tyler Glasnow who last pitched on Tuesday going five innings giving up three hits and four runs.

Getting the start for the Yankees will be Gerritt Cole who went six innings in his start against the Rays giving up six hits and three runs.

Cole didn’t look good in his first start and Glasnow is only going on a couple of days rest. Looks for both teams to run up the score in this one and this will go well over the posted total. In terms of the side it's a lean to the Rays.