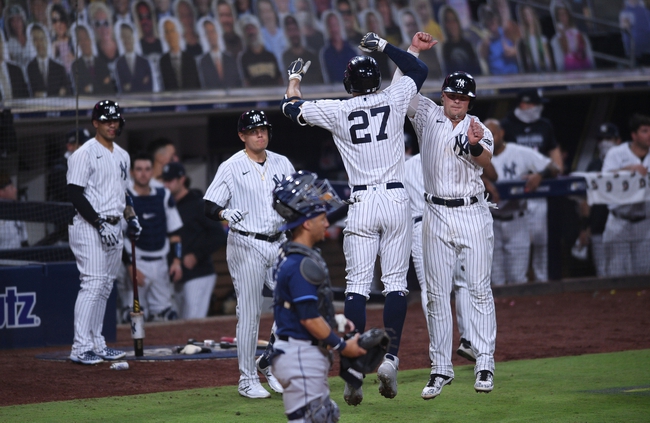 The Tampa Bay Rays face the New York Yankees on Thursday, October 8th at Petco Park for game four of the ALDS.

The Tampa Bay Rays defeated the New York Yankees by the final score of 8-4 on Wednesday night in game three of this series. The Rays are now one win away from reaching the ALCS for the first time since they reached the World Series in 2008, a series in which they lost to the Philadelphia Phillies. The Rays' bats were rolling yet again in game three, as the long ball aided Tampa's efforts. The Yankees' backs are now officially against the wall, and unfortunately for them, Gerrit Cole is not an option until a potential game five. The Rays will look to end this series with their AL East divisional foes and punch their tickets to face either the Athletics or Astros in the CS.

The Tampa Bay Rays have not announced a starting pitcher for game four of this series. Snell, Glasnow, and Morton have gone in the first three games, so it will be interesting to see who the Rays decide to start or open in game four. The Rays have a lot of depth in the pitching department, the type of depth that the Yankees could really use at a time like now.

The New York Yankees are projected to bring left-hander Jordan Montgomery to the bump for Thursday's contest. Montgomery went 2-3 with a 5.11 ERA through 44.0 innings during the regular season with the Yankees. Montgomery will pitch in this postseason for the first time, as this will be the most imperative start in his career thus far.

If Montgomery and the Yankees can find a win in game four, the Yankees will be able to bring Gerrit Cole to the mound for game five. This is going to be a very difficult game for the Yankees to win, however, as Montgomery was not the sharpest during the regular season. I like the Rays to win this game, but be sure to check back soon for updates to their starting pitching situation and the odds.

UPDATE: The Rays have announced that Ryan Thompson will be the starting pitcher in game four. Thompson will more than likely be pitching as an opener role in this game, so expect him to only toss a couple of innings, with the bullpen taking over afterward. My pick remains Tampa Bay on the money line. 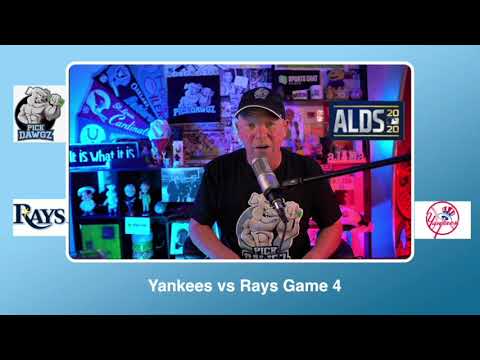