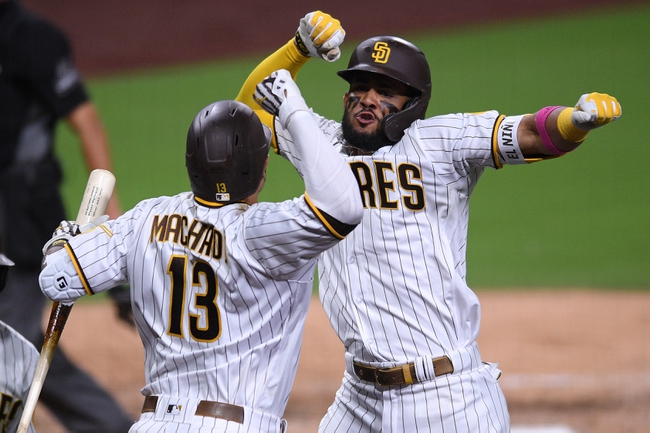 The San Diego Padres and St. Louis Cardinals face off on Friday in an MLB Wild Card showdown at Petco Park.

This series is currently tied at 1-1 which means the winner of this game moves on and the loser goes home.

After the Cardinals ere able to come away with a victory in their first game, their pitching staff really let them down giving up 11 runs and 15 hits. Even though the pitching staff struggled, the offense looked good and that at least kept them close. Kolten Wong had a big game hitting a home run and driving in four RBIs. Harrison Bader also drove in two runs in this game. In this game it’s going to be about the pitching staff being better.

On the other side of this matchup is the Padres who didn’t look good in the first game of the series, but they did get the confidence back in the second game. In the last game it was Fernando Tatis Jr and Wil Myers both hit two home runs and that was enough to come away with a victory. This is a team that has had a swagger all season, and getting out to a fast start is going to really put the pressure on the Cardinals.

Jack Flaherty will get the start for the Cardinals and in 40.1 innings so far this year he currently sits with an ERA of over four. He is going to have his hands full in ths one and the last thing he can ahve happen is to take the team out of the game in the first inning with a blowup.

The Padres have all sorts of confidence after what they did on Thursday and they are going to run up the score again in this game. The Padres on the money line and the over to cash are both strong plays in this one.

Get Premium Picks Start Winning Now »
The pick in this article is the opinion of the writer, not a PickDawgz site consensus.
Previous Pick
Miami Marlins at Chicago Cubs 10/2/20 MLB Wild Card Picks and Predictions
Next Pick
Hanwha Eagles vs. Lotte Giants 10/3/20 KBO Baseball Picks and Predictions