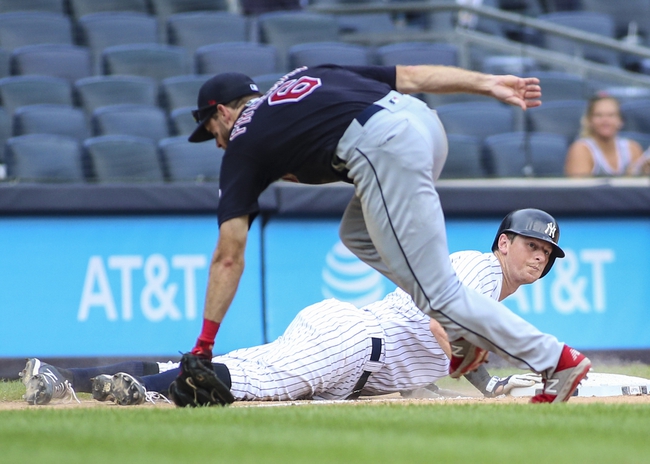 The New York Yankees face the Cleveland Indians on Tuesday, September 29th at Progressive Field for game one of the American League Wild Card Series.

The New York Yankees battled injuries all season long, but that did not stop the Bronx Bombers from making the postseason and earning a 33-27 record in 2020. The Yankees are just the third team in MLB history to own both the MLB's batting crown and leading home-run hitter with two different players (DJ Lemahieu and Luke Voit). The Yankees finished just a game ahead of the third-place Toronto Blue Jays to set this date with the Cleveland Indians and avoid a series with a Tampa Bay Rays team that dominated them in the regular season.

The Cleveland Indians finished in second place in the AL Central with a record of 35-25, as they will have the home-field advantage in this series. The Indians were led by their amazing pitching staff this season, and of course, at the top of that list is Shane Bieber. The Indians owned an 18-12 home record while the Yankees were only 11-18 on the road this season, which is an interesting stat-line to look at in this series.

The New York Yankees will bring right-hander Gerrit Cole to the mound to face the Indians in game one. Cole went 7-3 with a 2.84 ERA and 94 strikeouts in 2020, his first season with the Yankees. Cole ended the regular season on a tear, allowing only two earned runs through his last 21.0 innings with 24 strikeouts.

The Cleveland Indians are set to send the clear AL Cy Young favorite in right-hander Shane Bieber to the bump for game one. Bieber went 8-1 with a 1.63 ERA and 122 strikeouts, which were all a league-best. Bieber has been the Indians MVP in this shortened season, and he will have to pitch well in game one against a healthy, locked and loaded Yankees lineup in order for the Indians to have a chance this in this series.

What a pitching matchup we have here, two of the best arms in the league go head-to-head. The total is extremely low at 6.5 runs, but I think that is rightly so. Both of these pitchers miss a ton of bats, and I think we see a briskly played pitchers' duel in game one. I will take the under here.

Get Premium Picks Start Winning Now »
The pick in this article is the opinion of the writer, not a PickDawgz site consensus.
Previous Pick
Toronto Blue Jays at Tampa Bay Rays 9/29/20 MLB Wild Card Picks and Predictions
Next Pick
KT Wiz Suwon vs. Samsung Lions 9/30/20 KBO Baseball Pick and Predictions 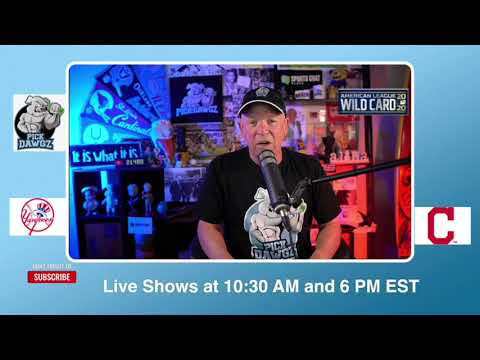