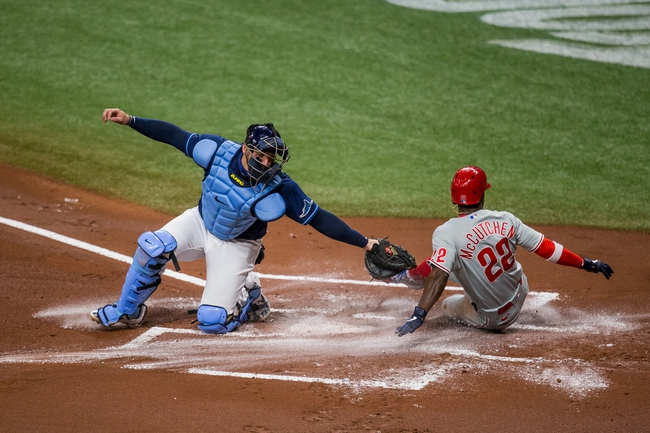 Where to Watch: NBCSN, SUN Stream the MLB Game of the Day all season on ESPN+. Sign up now!

The Philadelphia Phillies and the Tampa Bay Rays meet Sunday in MLB action from Tropicana Field.

This will be the third and final matchup of a three-game weekend series between the Rays and the Phillies. Tampa Bay took game one 6-4 on Friday. In the Saturday game, The Rays bagged another win with a 4-3 result. Check back all season long for free MLB picks and MLB predictions at Sports Chat Place.

The Phillies out-hit the Rays 12-7 in the Saturday loss, but could only come up with three runs. Philly’s top hitter was Andrew McCutchen with four hits, a double, a homer and three runs. Starting pitcher Zack Wheeler put up 7.0 innings with seven hits and four earned runs with eight strikeouts in a defeat.

Over on the Rays’ side, starter John Curtiss went just 0.2 innings on Saturday with three hits and one unearned run. Mike Zunino was the only Tampa Bay player with more than one hit in that one, going 2-for-3 with a run and an RBI.

For the Sunday starting pitcher role, the Rays are sending out Josh Fleming. In six games and four starts this season, Fleming is 4-0 with a 3.42 ERA and 20 strikeouts in 26.1 innings of work. This is the 24-year-old Fleming’s first year of MLB activity.

Pick: I’m sticking with Tampa Bay here. The Phillies have done Nola no favors, losing three of his last four starts. Nola has a 4.18 ERA in that time and will need a good showing here. That’ll be hard to do since Fleming on the other side has been solid this season. The Rays are rolling along this whole 2020 campaign and I think they’ll get another win here as they steamroll toward the playoffs. 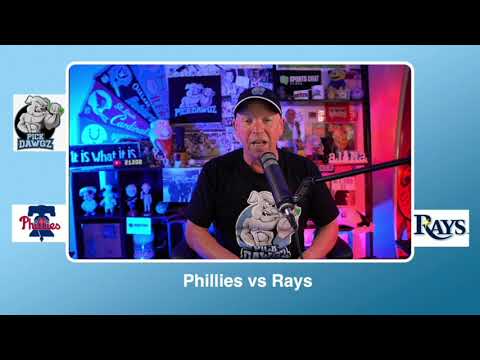