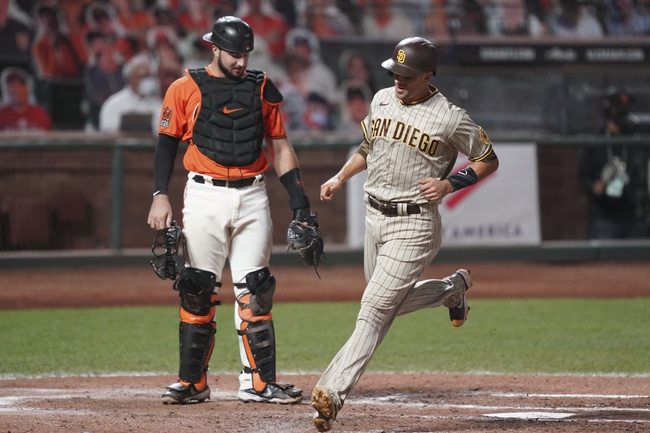 The San Diego Padres face the San Francisco Giants on Saturday, September 26th at Oracle Park for three of a four-game series in MLB action.

The San Diego Padres and the San Francisco Giants split a doubleheader on Friday night in games one and two of the series. The Giants were victorious in game one of the doubleheader by the final score of 5-4. The Padres won the second game of the doubleheader via walk-off fashion in a 6-5 game. The Giants could have used a two-game sweep, and things were looking good until the final inning of game two. The Padres scored three runs in the bottom of the seventh to come back and walk it off in grand style. The Giants are now 29-29 on the year, which puts them in third place in the NL West. The Padres are currently 35-23 on the year, and they remain in second place in the NL West standings. Each team has two games left on their schedules.

The San Diego Padres have not announced a starting pitcher for this game quite yet. After a doubleheader, the Padres could decide to use an opener/bullpen game, as we have seen other teams do already this season. Check back soon for updates to the pitching matchup.

The San Francisco Giants are projected to bring right-hander Johnny Cueto to the mound to face the Padres. Cueto is 2-2 with a 5.53 ERA through his first 57.0 innings of the season with the Giants. Cueto allowed seven earned runs through 4.1 innings in his last start against the Colorado Rockies on September 21st. Cueto will look to rebound after his worst start of the season.

The line has not yet been released for this game due to the uncertainty with the starting pitchers. Check back soon for updates to the odds and matchups for this game. I do expect Cueto and the Giants to rebound after a disappointing loss on Friday night, and with their playoff hopes on the line, I think they find a win. I will take the Giants on the money line.

UPDATE: Zach Davies will be the starting pitcher for the Padres on Saturday. The pick remains the same, Giants on the money line.

Get Premium Picks Start Winning Now »
The pick in this article is the opinion of the writer, not a PickDawgz site consensus.
Previous Pick
Los Angeles Angels at Los Angeles Dodgers: MLB Picks and Prediction 09/26/20
Next Pick
LG Twins vs. KT Wiz Suwon - 9/27/20 KBO Baseball Pick and Prediction