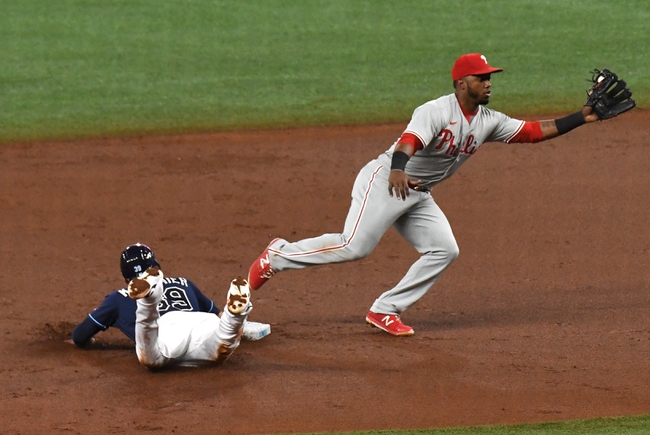 The Philadelphia Phillies and Tampa Bay Rays face off on Saturday in an interleague showdown at Tropicana Field. On Friday it was the Rays who got the best of the Phillies winning 6-4.

There really isn’t a whole lot of excuse for the Phillies to not make the playoffs with the talent on their team, but it looks like that might be what happens this season. The Phillies bullpen has blown too many games and it happened again on Friday night, giving up two runs in the 8th inning and those were the two winning runs. The Phillies are led on offense Bryce Harper but he is still dealing with a back injury and it has affected his performance.

On the other side of this matchup is the Rays who have clinched the division and it wouldn’t be shocking if some guys get a rest in this game. The Rays have won two games in a row and although the Rays aren’t the flashiest team, they are a team that should do a lot of damage in the playoffs. On Friday, Joey Wendle was the best offensive player for the Rays having two hits and driving in two RBI’s.

Zack Wheeler will get the start for the Phillies and coming into this game he sits with a 4-1 record and an ERA of 2.67.

Ryan Yarbrough will get the start for the Rays and coming into this game he sits with a 1-4 record and an ERA of 3.78.

Zack Wheeler has been one of the few bright spots for the Phillies and that is going to continue in this game. Look for Wheeler to get the job done and lead the Phillies to a key victory. In terms of the side it's a lean to the under but that is only a lean at best.

Get Premium Picks Start Winning Now »
The pick in this article is the opinion of the writer, not a PickDawgz site consensus.
Previous Pick
Houston Astros at Texas Rangers 9/26/20 MLB Picks and Prediction
Next Pick
MLB Picks: Pittsburgh Pirates at Cleveland Indians 9/26/20 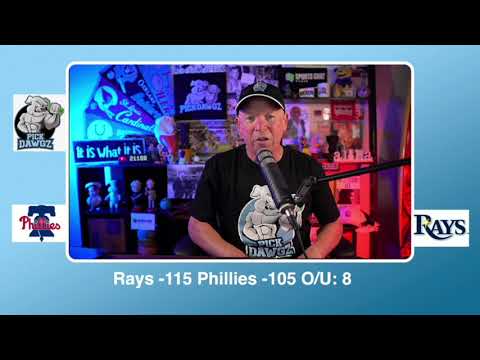