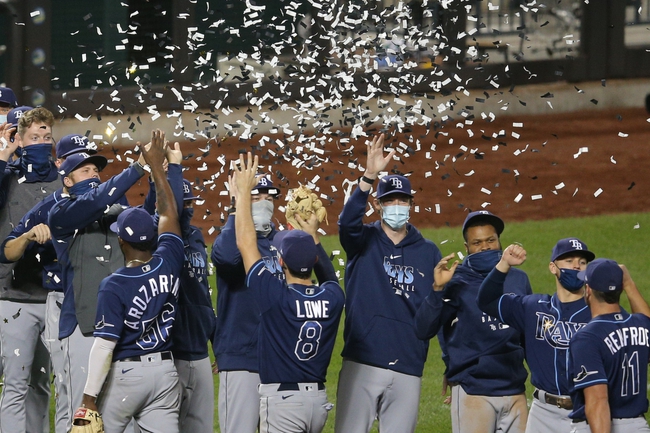 Where to Watch: Fox Sports Sun Stream the MLB Game of the Day all season on ESPN+. Sign up now!

The Philadelphia Phillies and Tampa Bay Rays face off on Friday in an interleague showdown at Tropicana Field. The last time these two teams faced off was in 2018, a series the Phillies were able to take three games from.

The Philadelphia Phillies have lost too many easy games this season and now they have to work to make the playoffs. The Phillies are coming off a big win against the Washington Nationals but before that they had lost four games in a row and the bullpen blowing games has been an issue all season. In the Phillies last game they were led by Didi Gregorious and Andrew Knapp both drove in three runs. In this game the Phillies need the bullpen to be better.

On the other side of this matchup is the Tampa Bay Rays who have the AL East locked up and coming into this game they have won two of the last three games. The Rays scored eight runs in the last game but before that they had really struggled scoring not making it over three runs in any of those games. Brandon Lowe has been the best offensive player for the Rays hitting 14 home runs and driving in 36 RBI’s.

Vince Velasquez will get the start for the Phillies and coming into this game he sits with a 1-1 record and an ERA of 5.46.

On the mound for the Tampa Bay Rays will be Charlie Morton who comes into this game with a 2-2 record and an ERA of 4.64.

Velasquez shouldn’t be in the rotation anymore and he is going to be chased early from this game, which means plenty of time for the Phillies bullpen to give up runs. The Rays are going to take advantage and win this game on the run line.