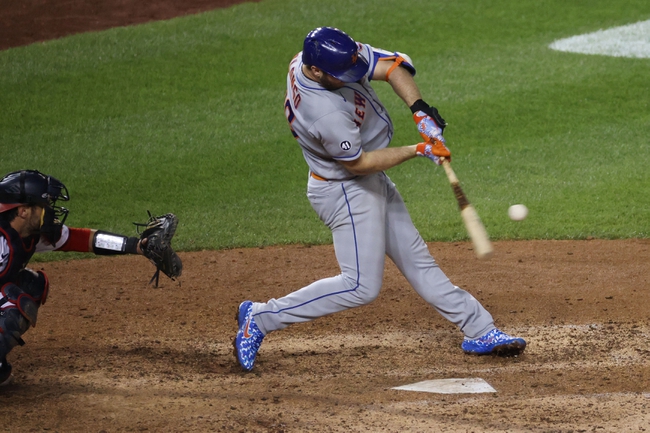 Where to Watch: MLBN, MASN, SNY Stream the MLB Game of the Day all season on ESPN+. Sign up now!

The New York Mets and the Washington Nationals meet in an NL East division matchup in game one of a doubleheader MLB action from Nationals Park on Saturday.

The New York Mets will look to keep their narrow playoff hopes alive for one more day after picking up a 3-2 win over the Nationals on Thursday. Robinson Chirinos accounted for all three Mets RBIs by going 2 for 4 with a home run while Dominic Smith went 3 for 5 with a pair of doubles and J.D. Davis went 2 for 5 with a two-bagger as well. Robinson Cano had two hits while Guillermo Heredia, Todd Frazier and Pete Alonso all had base hits to finish off New York’s offense as a team in the win. David Peterson got the win to improve to 6-2 on the year after allowing one run on four hits while striking out four over seven innings of work. Edwin Diaz closed out a shaky 9th for his 6th save of the season. Rick Porcello is expected to start here and is 1-6 with a 5.46 ERA and 51 strikeouts this season. In his career, Porcello is 3-1 with a 2.67 ERA and 20 strikeouts against Washington.

The Washington Nationals will look for a bounce back to try to finish strong after dropping Thursday’s matchup. Josh Harrison and Yadiel Hernandez each had an RBI to make up the scoring for the Nationals in the loss with Harrison going 2 for 2 at the dish. Andrew Stevenson and Juan Soto each had a double while Jake Noll added a base hit as well as the Nationals pulled together just six base hits as a team in the losing effort. Patrick Corbin took the loss, falling to 2-7 on the year after allowing three runs on ten hits while striking out three over seven innings of work. Max Scherzer will start here and is 4-4 with a 3.67 ERA and 85 strikeouts this season. In his career, Scherzer is 11-5 with a 2.63 ERA and 191 strikeouts against the Mets.

Scherzer’s had a ton of success in his career against the Mets, and going against him can always be a dicey proposition as he’s one of the game’s premier pitchers when he’s on. However, Scherzer hasn’t been completely dominant as he’s hasn’t seemed like himself for much of the season, almost as if the same nerve issue from last year’s playoffs never really went away. Rick Porcello has been far from great, especially when the Mets have lost 7 of his last 8 starts, but the fact is that professional, veteran pitchers like Porcello relish opportunities like this, fighting for survival-type atmospheres, and simply put, the Mets still have something to play for while the Nationals are pretty much playing for pride. I’ll side with the Mets and the plus money to grab another crucial win here. 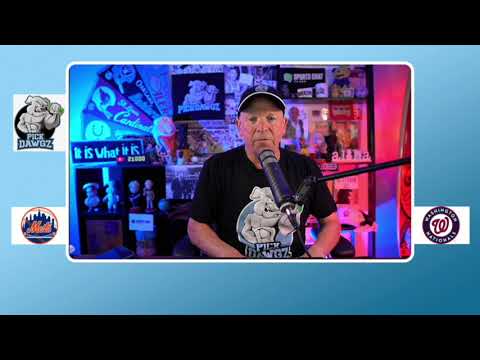