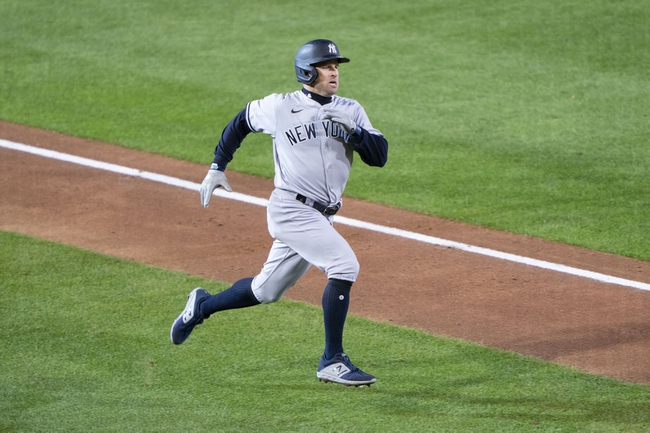 The New York Yankees look to stay hot after winning 10 of their last 12 games. The Yankees have scored 19 runs in their last three games and four or more runs in seven of their last eight games. The Yankees have won six of their last seven games when scoring four or more runs. DJ LeMahieu leads the Yankees with 62 hits and 24 RBI while Luke Voit and Gio Urshela have combined for 94 hits and 78 RBI. Masahiro Tanaka gets the ball, and he is 3-2 with a 3.27 ERA and 39 strikeouts this season. Tanaka is 14-5 with a 2.92 ERA and 133 strikeouts in his career against the Blue Jays.

Masahiro Tanaka has allowed eight earned runs and 19 hits in his last 23.1 innings while Robbie Ray has allowed 11 earned runs and 19 hits in his 16.2 innings since coming over from the Arizona Diamondbacks. Ray is a pitcher I've faded for years and this season is no different. Meanwhile, Tanaka has been solid this year and has owned the Blue Jays throughout his career, which includes holding current Toronto hitters to a .223 batting average with 34 strikeouts in 124 at bats. The New York Yankees offense has also been on fire since getting Judge and Stanton back. Only one way for me to go here...

Give me the Yankees and the RL.