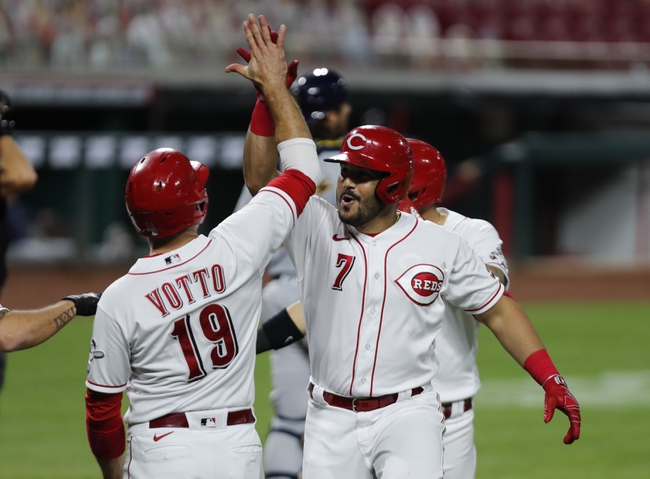 The Milwaukee Brewers and St. Louis Cardinals face off on Thursday in a big time National League Central at Busch Stadium.

The Milwaukee Brewers needed to win on Wednesday but they couldn’t get the job done against Trevor Bauer. In the Brewers series against the Reds they only won a game, and the offense was a big issue scoring only seven runs total.Keston Hiura has been the best offensive player for the Brewers hitting 13 home runs and driving in 32 RBI’s.IN this game if they want to win this must win game they need the offense to get going.

On the other side of this matchup is the St. Louis Cardinals who come into this game having won lost two of their last three games against the Kansas City Royals and those were two games they really didn’t want to win. The Brewers only sit one game behind the Cardinals so they want to find success in this game so they can keep the higher seed. The Cardinals have used a balanced attack with their offense but Brad Miller has been the best player driving in 25 RBI’s.

Corbin Burnes will get the start for the Brewers and coming into this game he sits with a 4-0 record and an ERA of 1.77.

On the other side of this matchup is Kwang-hyun Kim who will get the start for the Cardinals. Coming into tsh igame he sits with a 2-0 record and an ERA of 1.59.

These are two pitchers who have been lights out this season and that will continue in this game. Look for both teams to struggle to score in this game and that will lead to the under cashing with ease. in terms of the side it's a lean to the Brewers based on value but that isn't the best bet in this game.