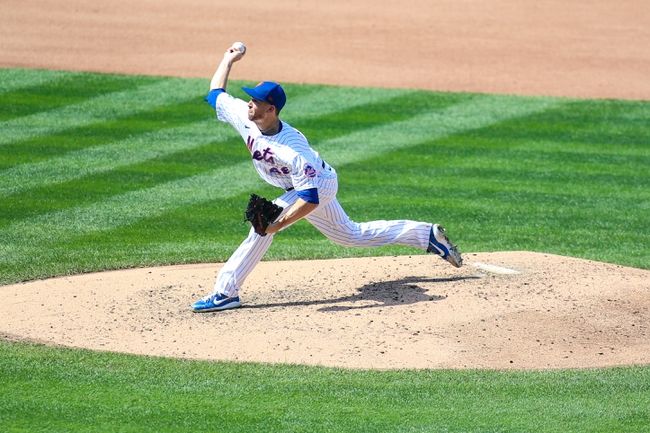 Where to Watch: SUN, SNY Stream the MLB Game of the Day all season on ESPN+. Sign up now!

The Tampa Bay Rays look for a win after winning seven of their last 10 games. The Rays have scored six runs in their last three games and three or less runs in five of their last six games. The Rays have lost six of their last nine games when scoring three or less runs. Brandon Lowe leads the Rays with 47 hits and 33 RBI while Willy Adames and Joey Wendie have combined for 83 hits and 32 RBI. Josh Fleming gets the ball, and he is 3-0 with a 3.47 ERA and 18 strikeouts this season. This will be Fleming’s first career game against the Mets.

The New York Mets need a win after losing five of their last eight games. The Mets have scored nine runs in their last three games and four or more runs in five of their last 10 games. The Mets have won five straight games when scoring four or more runs. Michael Conforto leads the Mets with 65 hits and 31 RBI while Jeff McNeil and Dominic Smith have combined for 102 hits and 63 RBI. Jacob deGrom gets the ball, and he is 4-1 with a 2.09 ERA and 80 strikeouts this season. deGrom is 0-0 with a 1.88 ERA and 15 strikeouts in his career against the Rays.

Josh Fleming has allowed seven runs and 14 hits in his last 13 innings while Jacob deGrom has allowed five runs and 10 hits in his last 15 innings. The Mets obviously have the clear edge on the mound with deGrom, but we're getting the clear better team and almost two times our money. And while Fleming isn't deGrom, he hasn't been terrible this season and actually hasn't allowed a run through 5.1 innings on the road this season. You don't get the Rays at these prices often, as they're one of the better teams in baseball. I'll take it. 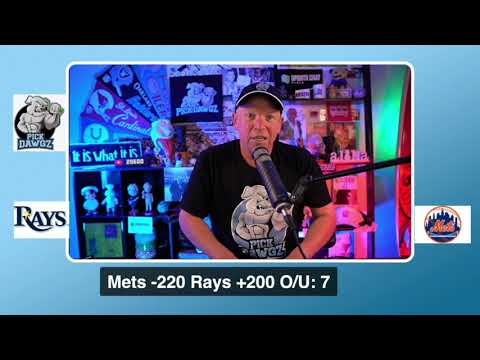