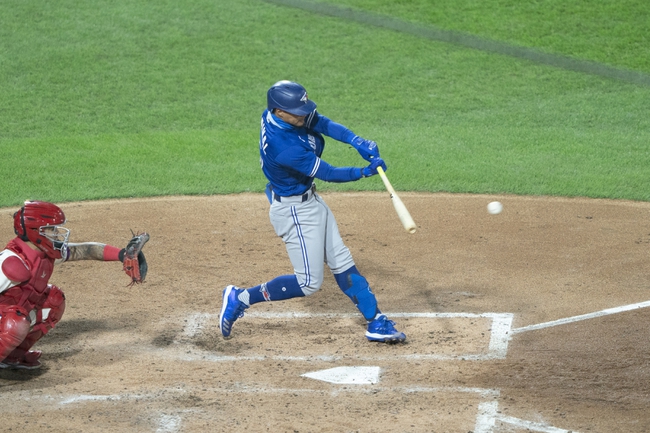 The Toronto Blue Jays and Philadelphia Phillies face off on Saturday in an interleague showdown at Citizens Bank Park. These two squads played a doubleheader on Friday and the Phillies were able to win each of the games.

The Philadelphia Phillies have been up and down this season and when they have lost games a lot of the times it’s been the bullpen that has been an issue. On Friday, the Phillies bullpen was strong in both games and that led to a victory. On Friday in the second game, it was actually the offense that got to the Blue Jays bullpen late putting up three runs in the sixth inning and that was enough to win by a run. Rafael Marchan put up three runs in game two.

On the other side of this matchup is the Blue Jays who are really struggling coming into this game having lost five games in a row. The offense has been a big issue for the Blue Jays and the pitching staff has given up at least seven runs in each of the last five games. In the last game it was Cavan Biggio who found the most success for the Blue Jays hitting two home runs.

Hyun-jin Ryu will get the start for the Blue Jays and coming into this game he sits with a 4-1 record and an ERA of 3.17.

Vince Velasquez will get the start for the Phillies and coming into this game he sits with an 0-1 record and an ERA of 6.56.

Velasquez has been hit hard this season and with the Phillies bullpen there is no reason to believe it’s going to get any better in this game. Look for both teams to run up the score and this game is going to go well over the total.