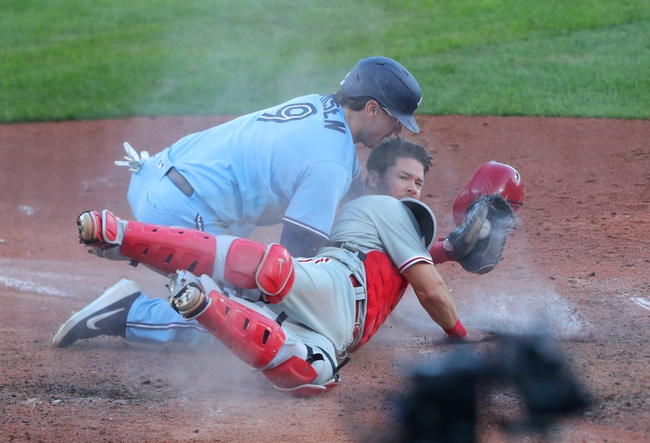 The Philadelphia Phillies face the Toronto Blue Jays on Friday, September 18th at Citizens Bank Park for game one of a doubleheader.

The Phillies and Blue Jays will participate in one of three doubleheaders in the MLB on Friday. The Phillies just wrapped up their series with the New York Mets on Thursday nights. The Phillies blew at 6-3 to the Mets, as New York scored three runs in the sixth to tie the game at 6-6. In the top of the ninth, the Mets scored four runs to open a 10-6 lead over Philly. The Mets would hold on for the win at Citizens Bank Park, winning the three-game series on the road. The Phillies are now 24-25 on the year, which puts them in third place in the NL East.

The Toronto Blue Jays were blown to pieces by the New York Yankees at Yankee Stadium this week. The Yankees hit six or more home runs in all three games of the series in the Bronx (which is a new MLB record). The Yankees scored a total of 43 runs in those three games, an unreal stat line that will have Toronto fans shutter. The Blue Jays are now 2.5 games out of second place in the AL East with a record of 26-23. The Blue Jays are still in a good spot to make the postseason, but they will have to break their current slump (especially on the mound).

The Philadelphia Phillies are projected to bring right-hander Zach Eflin to the mound to face the Blue Jays in game one. Eflin is 2-2 with a 5.01 ERA through his first 41.1 innings of the season with the Phillies. Eflin allowed four earned runs on eight hits through 4.0 innings in his last start against the Miami Marlins.

The Toronto Blue Jays are projected to send right-hander Robbie Ray to the bump for game one of the doubleheader. Ray is 1-0 with a 4.38 ERA through his first 12.1 innings with the Blue Jays. Ray has had a lot more success with the Blue Jays than he did with the Diamondbacks, as sometimes a simple change of scenery can do the trick.

Even though Ray has pitched well with the Jays, I still know what he is capable of, and that is allowing a ton of walks and homers. The Phillies bats are on fire, and the Blue Jays pitchers have not been. I will take the over in this game, as I expect both teams to crush the ball at Sahlen Field in game one of the doubleheader.

Get Premium Picks Start Winning Now »
The pick in this article is the opinion of the writer, not a PickDawgz site consensus.
Previous Pick
Hanwha Eagles vs. Kiwoom Heroes - 9/18/20 KBO Baseball Pick and Prediction
Next Pick
Washington Nationals at Miami Marlins Game One - 9/18/20 MLB Picks and Prediction 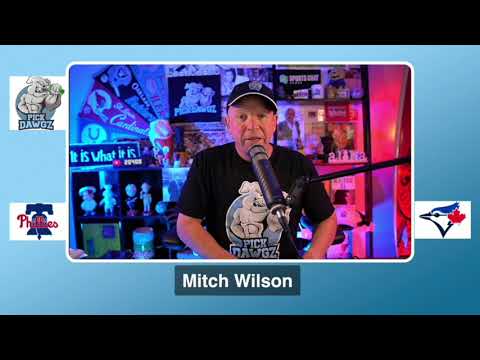