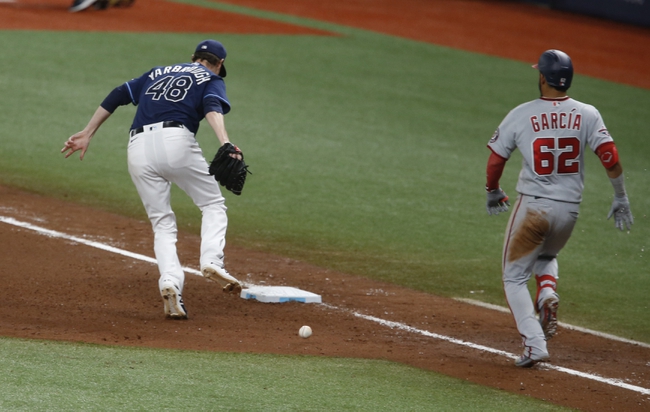 The Washington Nationals face the Tampa Bay Rays on Wednesday, September 16th at Tropicana Field for game two of a two-game series.

The Tampa Bay Rays defeated the Washington Nationals by the final score of 6-1 on Tuesday night in game one of this series. The Rays keep rolling, and especially at the Trop. The Rays own a whopping 17-8 record at home this season, which is among the league's best. The Rays are 31-17 overall this season, which puts them in first place in the AL East so far. The Rays had previously dropped the first two games they had played against these Nationals this season, but on Wednesday the Rays will look to end the season series at a 2-2 draw. The Washington Nationals are now 17-29 as they remain in last place in the NL East. It has plainly not been the Nats year this season, as the defending champs have not been able to find any consistency both offensively and pitching/defensively. The Nationals will look to find a road win on Wednesday and clinch a season series win over one of the MLB's best and hottest teams.

The Washington Nationals are set to bring right-hander Austin Voth to the mound to face the Rays. Voth is 0-5 with a 7.99 ERA through his first 32.2 innings of the season with the Nationals. Voth allowed three earned runs through 4.1 innings in his last start against the Braves on September 10th. Voth has visibly struggled this season, but the Nationals do not really have another choice.

The Tampa Bay Rays will bring right-hander Peter Fairbanks to the bump for Wednesday's contest. Fairbanks is 4-3 with a 3.00 ERA through his first 21.0 innings of the season with the Rays. Fairbanks will be pitching in the opener role in this game, as he is usually apart of the Rays solid bullpen.

With the Rays using an opener/bullpen game in this one, I will take Tampa Bay and lay the 1.5 runs on the run line. Austin Voth has an almost 8.00 ERA this year for a reason, and I expect the Rays to knock him out of this game early.

Get Premium Picks Start Winning Now »
The pick in this article is the opinion of the writer, not a PickDawgz site consensus.
Previous Pick
LG Twins vs. Hanwha Eagles - 9/16/20 KBO Baseball Pick and Prediction
Next Pick
Oakland Athletics at Colorado Rockies - 9/16/20 MLB Picks and Prediction 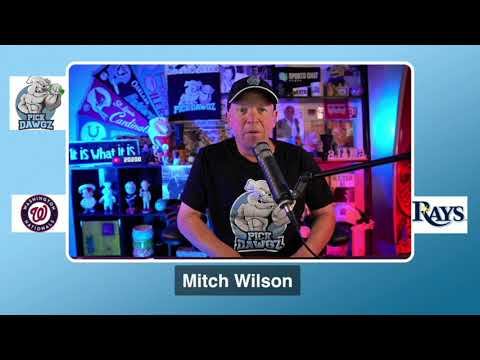