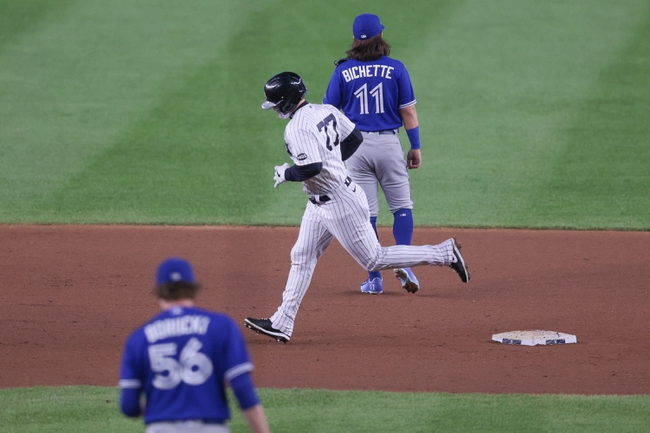 The New York Yankees look to build on their six-game winning streak. The Yankees have cored 25 runs in their last three games and four or more runs in five of their last eight games. The Yankees have won five of their last six games when scoring four or more runs. DJ LeMahieu leads the Yankees with 53 hits and 19 RBI while Luke Voit and Gio Urshela have combined for 77 hits and 65 RBI. Gerrit Cole gets the ball, and he is 5-3 with a 3.20 ERA and 79 strikeouts this season. Cole is 1-0 with a 4.91 ERA and 16 strikeouts in his career against the Blue Jays.

Tanner Roark has allowed six runs and nine hits in his last 8.1 innings while Gerrit Cole has allowed one earned run and six hits in his last 13 innings. The New York Yankees obviously have the pitching edge here, but they're also playing their best baseball over the last week and are starting to get healthier on the offensive side. The Yankees scored 20 runs last night and just added Stanton to the lineup. Give me the Yankees and the RL to shave down an expensive ML price.