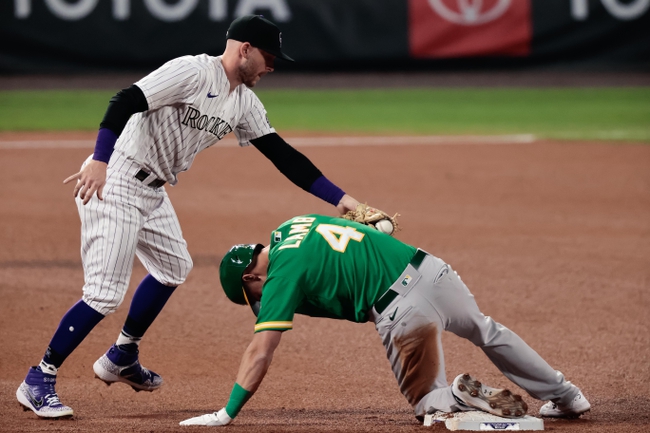 TV: ESPN+ Stream the MLB Game of the Day all season on ESPN+. Sign up now!

The Oakland Athletics face the Colorado Rockies on Wednesday, September 16th at Coors Field for game two of a two-game series.

The Colorado Rockies defeated the Oakland Athletics by the final score of 3-1 on Tuesday in game one of this two-game set. The Rockies and Athletics did not participate in a classic Coors Field offensive shootout on Tuesday, and instead, it was a pitcher's duel for most of this game. Antonio Senzatela tossed a one-run complete game for the Rockies, striking out three batters and only allowing six hits. The Rockies scored two runs in the bottom of the fifth and one in the sixth to take a 3-1 lead. The Rockies held on for the two-run victory, earning their 22nd win of the season. The Rockies are now 22-25 on the year, which puts them in fourth place in the NL West. The Athletics are 30-19, and they remain 5.5 games up over the Astros in the AL West standings. Wednesday's game between the Athletics and Rockies will be the last game of the season series between these two teams. 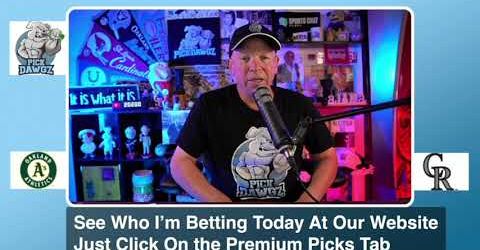 The Oakland Athletics are set to bring right-hander Mike Fiers to the mound to face the Rockies. Fiers is 5-2 with a 5.06 ERA through his first 48.0 innings of the season with the Athletics. Fiers allowed four earned runs through 6.0 innings in his last start against the Texas Rangers on September 11th.

The Colorado Rockies will send right-hander German Marquez to the bump for Wednesday's contest. Marquez is 2-5 with a 4.35 ERA through his first 62.0 innings of the season with the Rockies. Marquez has been an inning eater for the Rockies, which comes in handy in a unique season like this one. Marquez tossed 7.0 innings of two-run ball against the Angels in his last start on September 11th.