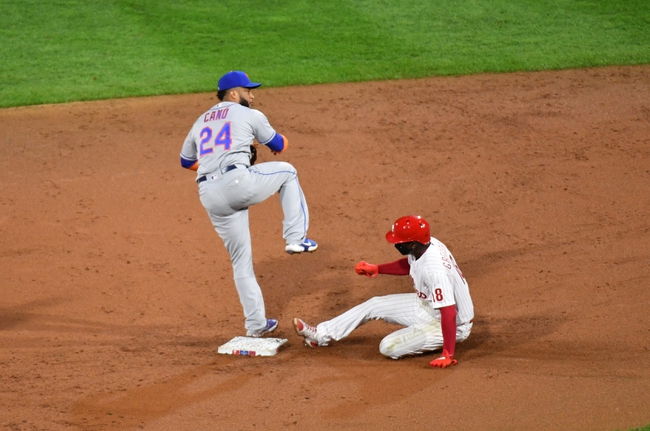 Where to Watch: SNY, ESPN, NSPA Stream the MLB Game of the Day all season on ESPN+. Sign up now!

The New York Mets need a win after losing five of their last seven games. The Mets have scored six runs in their last three games and three or less runs in five of their last eight games. The Mets have lost 10 straight games when scoring three or less runs. Michael Conforto leads the Mets with 61 hits and 31 RBI while Jeff McNeil and Dominic Smith have combined for 93 hits and 59 RBI. Jacob deGrom gets the ball, and he is 4-1 with a 1.67 ERA and 79 strikeouts this season. deGrom is 8-1 with a 2.16 ERA and 113 strikeouts in his career against the Phillies.

Jacob deGrom has allowed eight earned runs and 30 hits in his last 43 innings, and he's allowing a .173 batting average on the season. Against current Phillies hitters in 144 at bats, Jacob deGrom is allowing a .117 batting average with 52 strikeouts. The Philadelphia Phillies have Nola or Wheeler listed for this game depending on where you look, but it's hard to bet against deGrom and those numbers no matter who is on the other side. Give me the Mets.