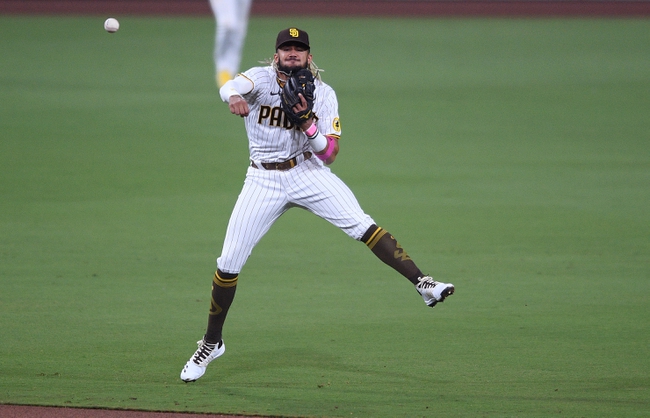 The Los Angeles Dodgers face the San Diego Padres on Wednesday, September 16th at Petco Park for game three of a three-game series.

The Los Angeles Dodgers on San Diego Padres have earned an afternoon game on national television, as this game is set to be broadcasted on ESPN. The Dodgers defeated the Padres by the final score of 3-1 on Tuesday in game two of this series. The Dodgers were led by starter Tony Gonsolin, who tossed 7.0 very sharp innings. Gonsolin earned his first win of the season for the Dodgers, and now this series is tied at 1-1 heading into game three. The Dodgers currently lead the season series against the Padres 5-4. The Dodgers are 34-15 on the year, which is the best record and baseball and has them 2.5 games ahead of the Padres in the NL West. The Padres are now 32-18 on the year, and their home record is still very impressive at 19-7. Petco Park is a tough place to beat the Padres in, but the Dodgers have done it more than any other team (3 wins).

The Los Angeles Dodgers are set to bring youngster right-hander Dustin May to the mound to face the Padres. May is 1-1 with a 2.81 ERA through his first 41.2 innings of the season with the Dodgers. May has been very solid for the Dodgers in his sophomore season, and he will look to continue to perform well on Wednesday.

The San Diego Padres will send right-hander Chris Paddack to the bump for Wednesday's contest. Paddack is 3-4 with a 4.74 ERA through his first 49.1 innings of the season with the Padres. Paddack tossed 2.0 innings of one-run ball with four strikeouts against the Giants in his last start on September 10th.

The line has not yet been released for this game, so be sure to check back soon for updates regarding the odds. I think the Padres and Dodgers are the two best teams in the National League at the moment, so the final game of their season series should be a very entertaining one to watch. As far as a play goes, I think the best play in this game is on the Dodgers. Dustin May has been very sharp for Los Angeles, and I think he can out-duel Paddack in this one. I will take the Dodgers on the money line.

UPDATE: Left-hander Adrian Morejon will start for the Padres instead of Chris Paddack. I will still take the Dodgers on the money line.