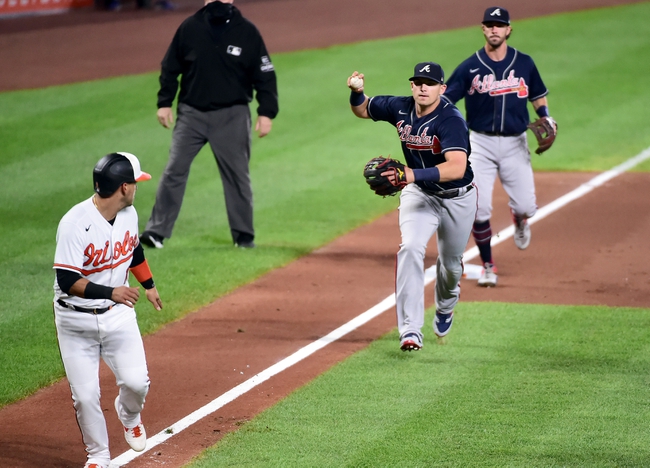 Where to Watch: MASN, FSSE Stream the MLB Game of the Day all season on ESPN+. Sign up now!

The Atlanta Braves look for a win after splitting their last 12 games. The Braves have scored 11 runs in their last three games and four or more runs in 10 of their last 13 games. The Braves have split their last eight games when scoring four or more runs. Freddie Freeman leads the Braves with 59 hits and 44 RBI while Marcell Ozuna and Dansby Swanson have combined for 112 hits and 69 RBI. Huascar Ynoa gets the ball, and he is 0-0 with a 6.75 ERA and 11 strikeouts this season. This will be Ynoa’s first career game against the Orioles.

Huascar Ynoa has allowed seven runs and seven hits in his last 6.1 innings while Tom Eshelman has allowed five earned runs and seven hits in his last 5.1 innings. Ynoa hasn't been good this season to say the least and we can say the same about his entire MLB career that's only 17.2 innings deep. Eshelman has only been in the majors for 61 innings, but he's been decent this season, which includes an allowed batting average of .213 and a .280 on base percentage. We know the Braves are the better team, but the Orioles have the pitching edge here and knowing the price we're likely going to get, you can find value with the home team.

Give me the O's in this spot.