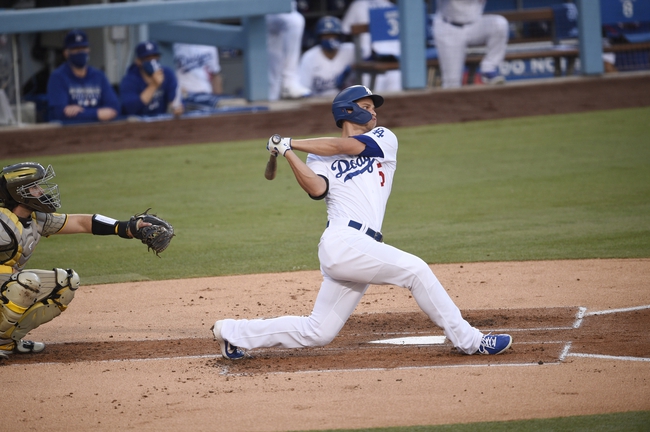 Where to Watch: SNLA, FSSD Stream the MLB Game of the Day all season on ESPN+. Sign up now!

The Los Angeles Dodgers look for a win after splitting their last eight games. The Dodgers have scored 15 runs in their last three games and four or more runs in seven of their last nine games. The Dodgers have won 10 of their last 13 games when scoring four or more runs. Mookie Betts leads the Dodgers with 52 hits and 35 RBI while Corey Seager and AJ Pollock have combined for 96 hits and 57 RBI. Clayton Kershaw gets the ball, and he is 5-1 with a 1.98 ERA and 44 strikeouts this season. Kershaw is 21-6 with a 1.98 ERA and 268 strikeouts in his career against the Padres.

The San Diego Padres look to build on their impressive seven-game winning streak. The Padres have scored 15 runs in their last three games and four or more runs in seven of their last nine games. The Padres have won 11 of their lat 12 games when scoring four or more runs. Manny Machado leads the Padres with 57 hits and 39 RBI while Fernando Tatis Jr. and Trent Grisham have combined for 103 hits and 59 RBI. Dinelson Lamet gets the ball, and he is 2-1 with a 2.24 ERA and 68 strikeouts this season. Lamet is 0-3 with a 4.39 ERA and 36 strikeouts in his career against the Dodgers.

Dinelson Lamet has allowed three runs and 11 hits in his last 14 innings while Clayton Kershaw has allowed three earned runs and five hits in his last 11 innings. Kershaw has owned the Padres throughout his career, and he's holding current San Diego hitters to a .221 batting average with 20 strikeouts in 74 at bats. We're also not used to getting Kershaw at these prices, so this is a spot where you may want to take advantage of it.

However, the Padres continue to find ways to win and the confidence continues to ooze off these young players. At this point I don't care who they're playing or who is on the mound. I want the Padres, especially at plus money prices.

Get Premium Picks Start Winning Now »
The pick in this article is the opinion of the writer, not a PickDawgz site consensus.
Previous Pick
Minnesota Twins at Chicago White Sox - 9/14/20 MLB Picks and Prediction
Next Pick
LG Twins vs. Hanwha Eagles - 9/15/20 KBO Baseball Pick and Prediction 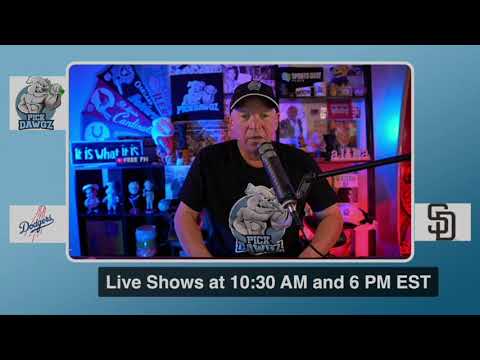