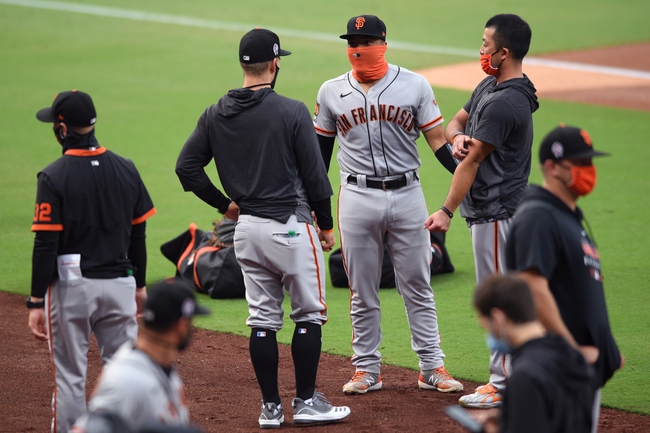 The San Francisco Giants face the San Diego Padres on Sunday, September 13th at Petco Park for game one of this series.

The San Francisco Giants had a few members in the organization test positive for COVID-19 a few days ago, therefore the Giants and Padres' first two games of the series were postponed this week. The Giants and Padres will meet for the fifth time this season on Sunday. The Padres currently lead the season series with the Giants 3-1. The Padres have been electric at home this season, as they own a 16-6 record at Petco Park in 2020. The Padres overall are 29-17 this season, which puts them in second place in the NL West and only 3.0 games behind the Dodgers. The Giants are 23-22 on the year, which puts them in a distant third place in the division standings.

The San Francisco Giants are set to bring right-hander Logan Webb to the mound to face the Padres. Webb is 2-3 with a 5.23 ERA through his first 41.1 innings of the season with the Giants. Webb allowed five earned runs through 5.0 innings against the Mariners in his last start on September 8th. Webb has struggled recently, allowing nine earned runs through his last 10.1 innings on the mound.

The San Diego Padres will send right-hander Mike Clevinger to the bump for Sunday's contest. Clevinger is 2-2 with a 3.74 ERA through his first 33.2 innings of the season with the Indians and Padres. Clevinger allowed four earned runs through 5.0 innings in his last start against the Rockies on September 8th. Clevinger has a 4.91 ERA with the Padres so far this season.

The line has not yet been released for this game, so be sure to check back soon for updates regarding the odds. I think Cueto will give the Giants a solid chance to win this game, but I think Clevinger will bounce back in a big way and earn the win for the Padres. Clevinger is due for a sharp start with his new club in San Diego, and I like him and the Friars on Sunday.