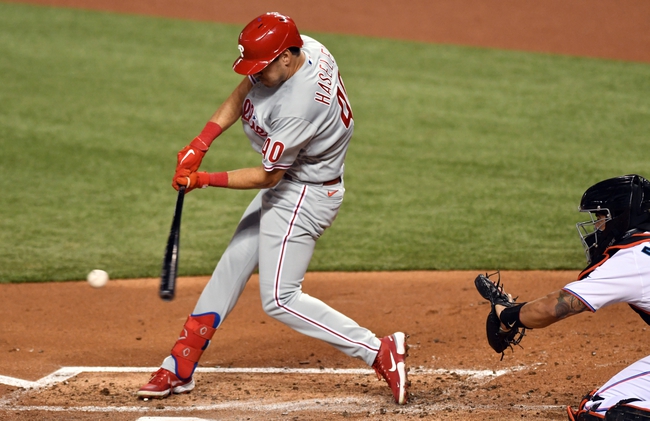 The Philadelphia Phillies face the Miami Marlins on Friday, September 11th at Marlins Park for game one of a doubleheader.

The Philadelphia Phillies and Miami Marlins will meet in one of two doubleheaders in the MLB on Friday. The Phillies have to be kicking themselves after Thursday's loss to the Marlins on the road. The final score of that game was 7-6, but the Phillies were more than able to win the ballgame. Philadelphia held a 6-3 lead into the bottom of the eighth, but the Marlins clutch bats were able to rally and tie the game at 6-6 after eight. In the bottom of the ninth, Jorge Alfaro won the ballgame on a walk-off RBI infield single for the Marlins. The Marlins are now back over .500 at 20-19. The Marlins did a great job of putting their 29-9 loss to the Braves in the past, and now they will move their focus to this doubleheader. The Phillies dropped to 21-19, and the Marlins have a chance to jump them in the standings with a doubleheader sweep on Friday. 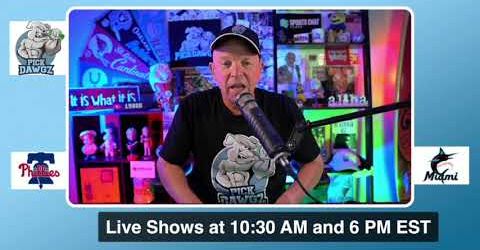 The Philadelphia Phillies are projected to bring right-hander Aaron Nola to the mound to face the Marlins in game one. Nola is 4-3 with a 2.74 ERA through his first 49.1 innings of the season. Nola is coming off a bad start against the Mets, in which he allowed six total runs and three earned runs on eight hits in an eventual 14-1 loss to New York.

The Miami Marlins are projected to send left-hander Trevor Rogers to the bump for game one. Rogers is 1-0 with a 3.00 through his first 15.0 innings this season. Rogers allowed three earned runs through 6.0 innings to the Rays in his last start on September 6th.

In game one of the doubleheader, I expect Aaron Nola and the Phillies to bounce back after a tough loss and earn the win on the road. Nola was roughed up in his last start, but I like him to rebound in this outing against the fish. -135 odds are not too shabby for the solid road team in this one.