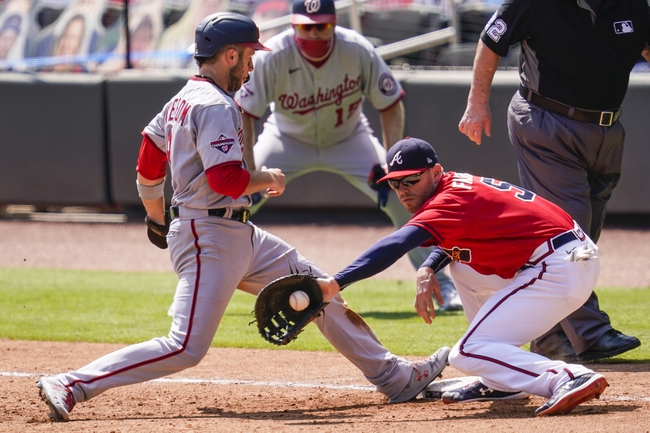 The Atlanta Braves face the Washington Nationals on Thursday, September 10th at Nationals Park for game one of a four-game series.

The Atlanta Braves made history on Wednesday night when they took on the Miami Marlins at Truist Park. The Braves set a modern-day National League record by scoring a whopping and stunning 29 runs against the Marlins. The Braves won the game by the score of 29-9, as I think it is pretty safe to say that the total went way, way, over the number. Many players had historic games, including Adam Duvall, who hit three home runs in the win. Duvall went 3-4 with three home runs and an incredible nine RBIs in the route victory. Ronald Acuna Jr hit a ball 453 feet to center field in the bottom of the fifth to put his own mark on this special game. The Braves now go on the road to face the Nationals in this series, and the Braves currently own a 25-18 record.

The Nationals were off on Wednesday, and I bet they are happy that they did not have to take on Atlanta a day sooner. The Nationals are 16-25 and they are in last place in the NL East heading into this series with the Braves.

The Atlanta Braves are set to bring left-hander Robbie Erlin to the mound to face the Nationals. Erlin is 0-0 with a 6.84 ERA through his first 25.0 innings of the season with the Pirates and Braves this season. Erlin allowed two earned runs through 3.0 innings in his last outing against the Marlins.

The Washington Nationals will send right-hander Austin Voth to the bump for Thursday's contest. Voth is 0-5 with an 8.26 ERA through his first 28.1 innings of the season with the Nationals. Voth is coming off a rough start against the Braves in his most recent outing, as he allowed five earned runs through 4.2 innings.

After the Braves performance on Wednesday, I am going to take the over 10.5 on Thursday. Both Erlin and Voth have not impressed at all this season, and I think both teams can easily score enough to push the total over. 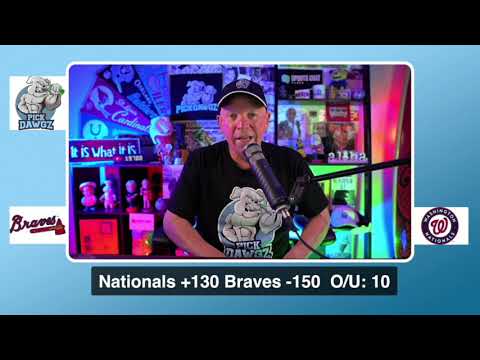