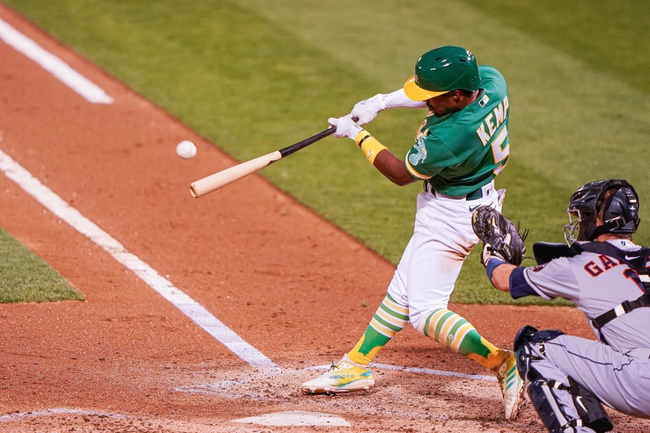 TV: ATSW, NSCA Stream the MLB Game of the Day all season on ESPN+. Sign up now!

The Houston Astros need a win after losing six of their last seven games. The Astros have scored seven runs in their last three games and four or more runs in six of their last eight games. The Astros have lost five of their last seven games when scoring four or more runs. Carlos Correa leads the Astros with 43 hits and 23 RBI while Yuli Gurriel and Kyle Tucker have combined for 82 hits and 54 RBI. Luis Garcia gets the ball, and he is 0-0 with a 2.08 ERA and two strikeouts this season. This will be Garcia’s first career game against the Athletics.

We still don't know why to expect from Luis Garcia who has just 4.1 career innings under his belt, while Jesus Luzardo has allowed 15 runs and 33 hits in his last 31.2 innings. Luzardo has a 2.86 ERA in 28.1 innings at home this season. Also, one win last night doesn't make us forget about the Astros struggles over the last two weeks. I'll take the Athletics and the RL for max betting value in this spot.