Where to Watch: MARQ, FSOH Stream the MLB Game of the Day all season on ESPN+. Sign up now!

The Cincinnati Reds look for a win after splitting their last six games. The Reds have scored eight runs in their last three games and four or more runs in five of their last 10 games. The Reds have won seven of their last eight games when scoring four or more runs. Nick Castellanos leads the Reds with 35 hits and 27 RBI while Jesse Winker and Eugenio Suarez have combined for 62 hits and 45 RBI. Trevor Bauer gets the ball, and he is 3-3 with a 2.05 ERA and 61 strikeouts this season. Bauer is 4-1 with a 1.41 ERA and 37 strikeouts in his career against the Cubs.

The Chicago Cubs look for a win after splitting their last eight games. The Cubs have scored 11 runs in their last three games and four or more runs in six of their last 11 games. The Cubs have won five straight games when scoring four or more runs. Ian Happ leads the Cubs with 41 hits and 24 RBI while Javier Baez and Willson Contreras have combined for 66 hits and 38 RBI. Yu Darvish gets the ball, and he is 7-1 with a 1.44 ERA and 63 strikeouts this season. Darvish is 4-2 with a 3.21 ERA and 73 strikeouts in his career against the Reds.

Trevor Bauer has allowed nine earned runs and 23 hits in his last 37.2 innings while Yu Darvish has allowed five earned runs and 28 hits in his last 40 innings. I love getting ace caliber pitchers at plus money, and that's what we're getting here with Bauer on the hill. However, Darvish looks like the leading candidate for the CY Young at the moment and is downright dealing. Because of how dominant Darvish has been this season, you can argue this line should be a lot steeper. I have to side with the Cubs in this spot. 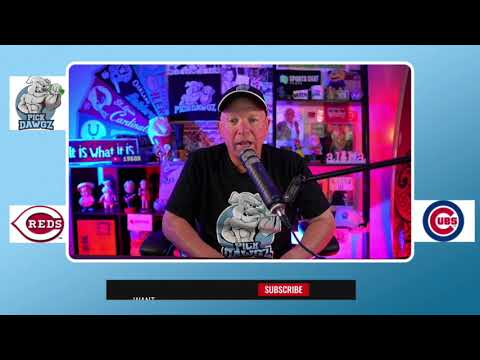