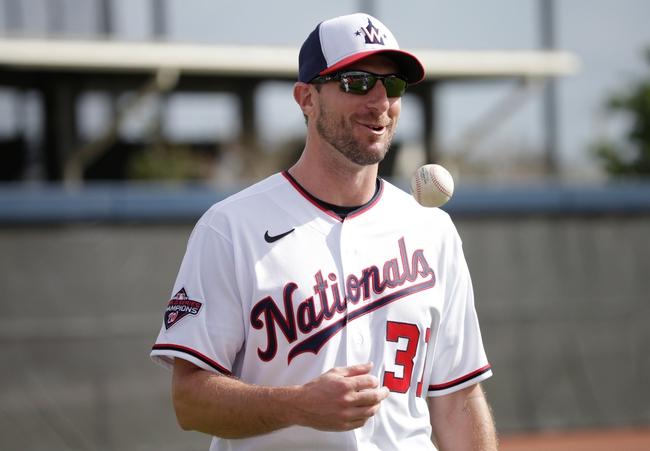 The Tampa Bay Rays face the Washington Nationals on Monday, September 7th at Nationals Park for game one of a two-game series.

The Tampa Bay Rays are in first place in the AL East and have been on an absolute tear recently. The Rays have a 5.5 game lead over the second-place Toronto Blue Jays in the division standings, and the Rays have won nine of their last eleven games. Tampa Bay ended its series with the Marlins on Sunday, winning the final game of the series at home via walk-off fashion in extra innings. The Rays seemed destined to do big things in the American League, as the team has played great fundamental baseball this year.

The Washington Nationals finished up their series with the Atlanta Braves on Sunday. The Nationals dropped that game by the final score of 10-3, which makes eight of the last ten games for Washington losses. The Nationals are 14-25 on the year, which is good for last place in the NL East.

The Tampa Bay Rays are projected to bring right-hander Charlie Morton to the mound to face the Nationals. Morton is 1-1 with a 4.82 ERA through his first 18.2 innings of the season with the Rays. Morton was limited in his first start back after injury, as he was given 2.0 innings against the Yankees. Morton struck out four and walked two in those two innings.

The Washington Nationals are set to send their ace in right-hander Max Scherzer to the bump for Monday's contest. Scherzer is 3-2 with a 3.95 ERA through his first 43.1 innings of the season with the Nationals. Scherzer is obviously not having his strongest year, but even when he is not on his A-game, he is still a very solid pitcher.

The line has not yet been released for this game, so be sure to check back soon for updates regarding the odds. In game one of this series, I like each team's pitching staff to take over. I think Scherzer will work deep into this game, while Morton will be pulled early on. I expect the Rays bullpen to continue performing the way it has all year, and I like the under in this game.

Ronald’s Pick Under (Check back soon)