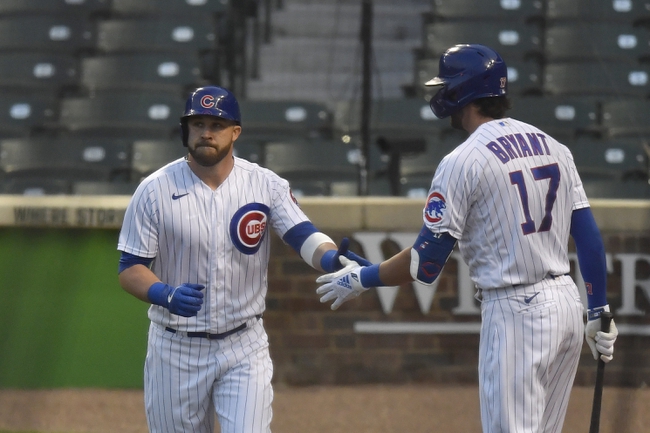 The Chicago Cubs and St. Louis Cardinals face off Monday in their last game of the series at Wrigley Field. The Cardinals have won each of the last three games against the Cubs, and they were all on the run line.

The Cardinals needed to have success in this weekend series against the Cubs and that’s exactly what they have had. The Cardinals have gotten really good pitching and over the last three games they have given up only six runs total. Overall this season the best player for the Cardinals has been Brad Miller who has hit five home runs and driven in 20 RBI”s. On Sunday the star of the show was Paul Goldschmidt who had three RBI’s.

On the other side of this matchup is the Cubs who’s offense has struggled and with the pitching, they haven’t gotten enough offense going. The Cubs have a talented offense but as of late, they haven’t put enough good at bats in a row. Ian Happ has been the best offensive player so far this season for the Cubs hitting 12 home runs and driving in 24 RBI’s. Kyle Schwarber has also found success hitting 10 home runs and driving in 21 RBI’s.

The over is 5-2-1 in the Cardinals last eight games as an underdog. The Cubs are 3-8 in their last 11 games played at home. The under is 6-2 in Hendrick’s last eight games played on Monday. The Cubs are 11-2 in Hendrick’s last 13 starts against the Cardinals. The Cards are 7-2 in the last nine meetings in Chicago against the Cubs.

Johan Oviedo will get the start for the Cardinals and coming into this game he sits with an 0-1 record and an ERA of 4.30.

Kyle Hendricks is on the mound for the Cubs and he currently sits with a 4-4 record and an ERA of 3.78.

Hendricks might be the better pitcher, but the Cardinals are playing better baseball and the visiting team is going to find a way to get the job done. Back the Cardinals on the money line.