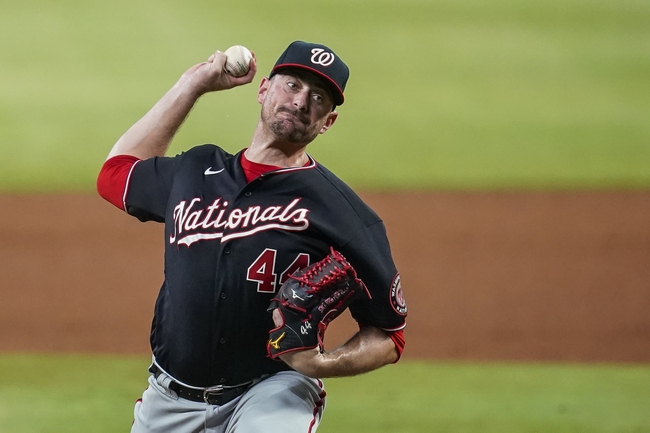 The Washington Nationals face the Atlanta Braves on Sunday, September 6th at Truist Park for game three of a four-game series.

The Washington Nationals took down the Atlanta Braves by the final score of 10-4 on Saturday to win their second game of this series on the road. The Nationals were led by their offense on Saturday, as even though the Braves held a 4-2 lead after four innings, Washington was able to come back. The Nats would score eight runs in the final five innings of the game to earn their 14th win of the season. The Braves now trail the Nationals in the season series 3-2, as Atlanta moves to 23-16 on the year with the loss. The Nationals are 14-24 and remain in last place in the NL East division. The Braves and Nationals will play five more games this season, and their season series will end on September 13th.

The Washington Nationals are set to bring left-hander Patrick Corbin to the mound to face the Braves. Corbin is 2-3 with a 3.79 ERA through his first 40.1 innings of the season with the defending World Series champs. Corbin allowed two earned runs through 5.0 innings against the Phillies in his most recent outing.

The Atlanta Braves will send right-hander Josh Tomlin to the bump for Sunday's game against the Nats. Tomlin is 1-2 with a 4.37 ERA through his first 22.2 innings of the season with the Braves. Tomlin has allowed seven earned runs and four home runs through his last 7.1 innings, which is not sharp at all. Tomlin will have to perform a lot better against a Nationals team that is starting to regain some confidence on offense.

I am going to take the over here, as both teams pitchers have not impressed me recently. I do not think this is a great matchup for Patrick Corbin, and I think the Braves will certainly be able to hit him well. Tomlin was not sharp in his last outing against the Nationals on August 18th, and I think he will allow a chunk of runs as well. 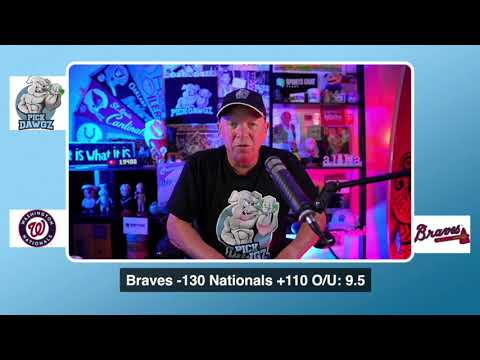