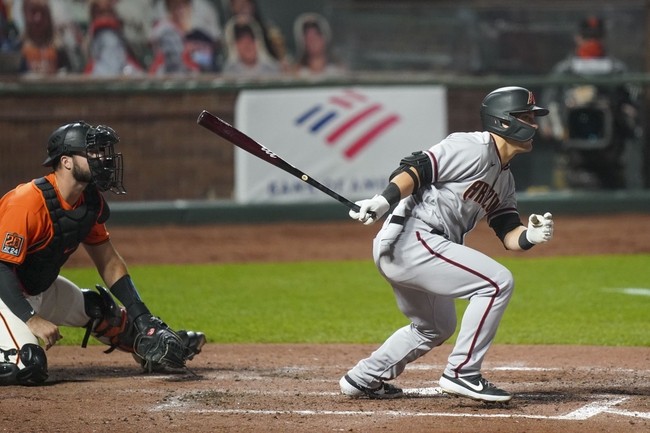 The Arizona Diamondbacks face the San Francisco Giants on Saturday, September 5th at Oracle Park for game two of a four-game series.

The Arizona Diamondbacks took down the San Francisco Giants by the final score of 6-5 on Friday night in game one of this series. Ketel Marte had himself a night on Friday, as he went 4-5 with a home run and two RBIs against the Giants. Both teams had 12 hits in the ballgame, as it was a back and forth kind of night in San Francisco. The Diamondbacks are now 15-24 on the year, as they remain in last place in the NL West by 3.0 games. The Giants are now three games under .500 at 18-21, as they have lost two straight ballgames. The Giants still lead the season series with the Diamondbacks 5-2, and the two teams will finish up the regular-season series this weekend.

The Arizona Diamondbacks are set to bring left-hander Madison Bumgarner to the mound to face the Giants. Bumgarner is 0-3 with a 9.35 ERA through his first 17.1 innings of the season with the Diamondbacks. Bumgarner has not pitched since August 9th, and in his last start, he allowed six earned along with four home runs to the Padres.

The San Francisco Giants will send right-hander Trevor Cahill to the bump for Saturday's game. Cahill is 0-0 with a 2.51 ERA through his last 14.1 innings of the season with the Giants. Cahill allowed two earned runs through 3.1 innings in his last outing against the Diamondbacks on August 29th.

This will be a highly anticipated start for Bumgarner on Saturday, as he was not sharp in his first four starts of the season earlier in the year. Bumgarner was one of the bigger acquisitions that the Diamondbacks had made in the offseason, but so far he has not even come close to paying off. The Giants would love to take advantage of a pressured starter, but Bumgarner has been in so many pressure cooker situations in his career, and I do not think he will be worked up about this start. I will take Bumgarner and the Diamondbacks on the money line.