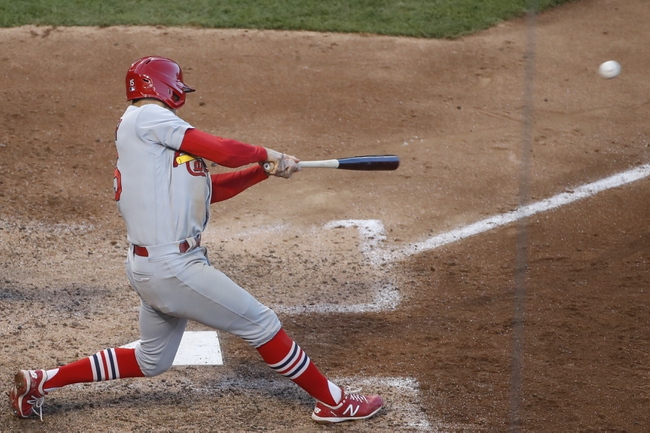 Where to Watch: MARQ, FSMW Stream the MLB Game of the Day all season on ESPN+. Sign up now!

The St. Louis Cardinals and the Chicago Cubs meet in an NL Central division matchup in MLB action from Wrigley Field on Friday.

The St. Louis Cardinals come into this game looking to rebound from a 4-3 loss to the Cincinnati Reds in their last appearance. Brad Miller and Yadier Molina each had a solo home run with Miller going 2 for 3 at the dish while Kolten Wong added a double and an RBI to finish off St. Louis’ scoring as a team in the loss. Tyler O’Neill added a double and Tommy Edman had a base hit of his own to cap off the Cardinal offense as St. Louis had just six hits as a team in the losing effort. Johan Oviedo allowed three runs on three hits while striking out five over 4.2 innings of work, not factoring in the decision. Giovanny Gallegos got the loss in relief, falling to 1-1 on the year. Jack Flaherty will start here and is 2-0 with a 1.93 ERA and 17 strikeouts this season. In his career, Flaherty is 3-2 with a 2.79 ERA and 62 strikeouts against the Cubs.

The Chicago Cubs will try to bounce back from a 6-2 loss to Pittsburgh on Thursday. Victor Caratini went 2 for 2 with an RBI while Jayson Heyward and Ian Happ each had a double and Jason Kipnis and Kyle Schwarber each had a pair of base hits as well. Willson Contreras and Anthony Rizzo each contributed base hits as well in the defeat for the Cubs. Alec Mills allowed four runs on seven hits over five innings of work, ending up with the loss to fall to 3-3 on the year. Yu Darvish will start here and is 6-1 with a 1.47 ERA and 52 strikeouts this season. In his career, Darvish is 1-2 with a 3.56 ERA and 38 strikeouts against the Cardinals.

Both of these starters have been pitching well, and both have already had their team beat the other in their first start against them earlier this season. However, the Cardinals have won four straight starts by Flaherty against the Cubs while Chicago’s dropped three of Darvish’s last four starts against the Cardinals. It’s a lean, but I’ll side with the Cardinals as my free pick for this game but my stronger play is on the total and I have that available as a premium pick that you can find here.