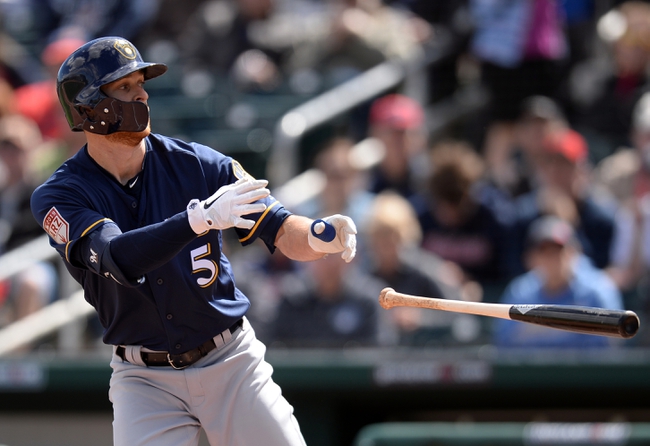 The Milwaukee Brewers face the Cleveland Indians on Friday, September 4th at Progressive Field for game one of a three-game series.

The Brewers and Indians will only play each other three times in 2020, and all three of those games will transpire during this series at Progressive Field. The Brewers head into this series with a 17-19 record and the team is currently in third place in the NL Central. The Brewers have won three of their last five games overall and just wrapped up a two-game set with the Tigers at home on September 2nd. The Brewers have been better on the road than they have at home, as Milwaukee owns a 9-9 record away from Miller Park.

The Cleveland Indians are in first place in the AL Central and have won back-to-back games heading into this series at home. The Indians took down the Royals in the final two games of their three-game series to win yet another series this season. The Indians are nine games above .500 at 23-14 on the year, but they only have a 0.5 game lead over the White Sox in the division standings.

The Milwaukee Brewers are set to send right-hander Corbin Burnes to the mound to face the Indians. Burnes is 1-0 with a 2.78 ERA through his first 32.1 innings of the season with the Brewers. Burnes tossed 6.0 shutout innings against the Pirates in his last start on August 28th.

The Cleveland Indians will bring right-hander Carlos Carrasco to the bump for Friday's game. Carrasco is 2-3 with a 3.75 ERA through his first 36.0 innings of the season with the Indians. Carrasco also tossed 6.0 shutout innings in his most recent outing, and that came against the St. Louis Cardinals on August 29th.

In game one of this series, I will take a shot with the road underdogs and the Milwaukee Brewers. Burnes has been really solid for Milwaukee thus far, and I am not too confident in Carlos Carrasco's stuff in his 11th season. Milwaukee at +140 is too valuable to pass up here in my opinion.