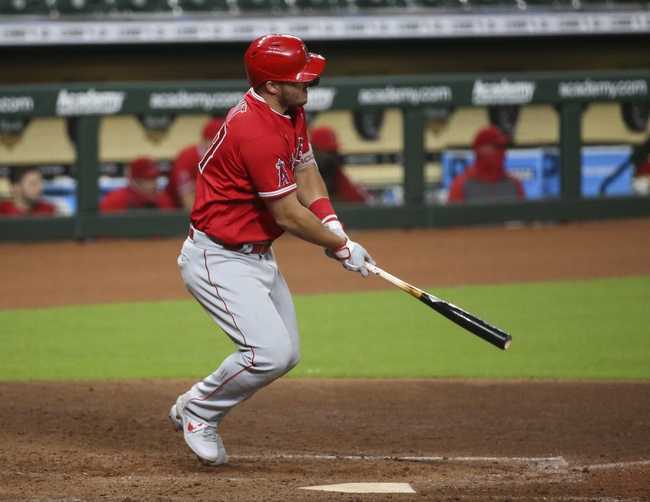 Where to Watch: FSW, ATTH Stream the MLB Game of the Day all season on ESPN+. Sign up now!

The Houston Astros and the Los Angeles Angels meet in an AL West division matchup in MLB action from Angel Stadium on Friday.

The Houston Astros will try to build off of an 8-4 win over the Texas Rangers last time out. Michael Brantley and Aledmys Diaz each had three RBIs with Brantley belting a pair of doubles while Diaz hit a three-run homer in the 1st. Martin Maldonado went 2 for 3 with a solo homer and a double while Kyle Tucker added an RBI as well in the win. Yuli Gurriel added a double as well, going 2 for 5 at the plate while George Springer had two hits and Jose Altuve added a base knock as well to finish off Houston’s offense as a team in the win. Zack Greinke gave up three runs on six hits while striking out nine over six innings of work to pick up the win and improve to 3-0 on the year as a result. Lance McCullers Jr. will start here and is 3-2 with a 5.06 ERA and 32 strikeouts this season. In his career, McCullers Jr. is 3-3 with a 2.83 ERA and 66 strikeouts against the Angels.

The Los Angeles Angels will be looking to build on their 2-0 win over the San Diego Padres on Thursday. Andrelton Simmons and Justin Upton each went 2 for 4 with an RBI to make up the Angels’ scoring as a team in the win while Anthony Rendon went 2 for 4 with a triple and a double and Shohei Ohtani, Jared Walsh and Anthony Bemboom all had base hits to finish off the offense for L.A. in the win. Andrew Heaney got the win after seven shutout innings, giving up just three hits while striking out six in the win to improve to 3-1 while Felix Pena closed out the 9th for his 1st save of the year. Dylan Bundy will start here and is 4-2 with a 2.47 ERA and 47 strikeouts this season. In his career, Bundy is 0-3 with a 4.91 ERA and 31 strikeouts against Houston.

It’s hard to pick a side here as the oddsmakers want to sucker you into taking Houston with the low line, but McCullers has an ERA over 11 on the road this season. On the other hand, Bundy’s been hot for his new club with an expanded strike zone but he’s also had issues against Houston in his career and you have to start to wonder if and when the shoe is going to drop for Bundy and we start to see some regression. I’ll side with the over here as I think we see some scoring from both sides on Friday.