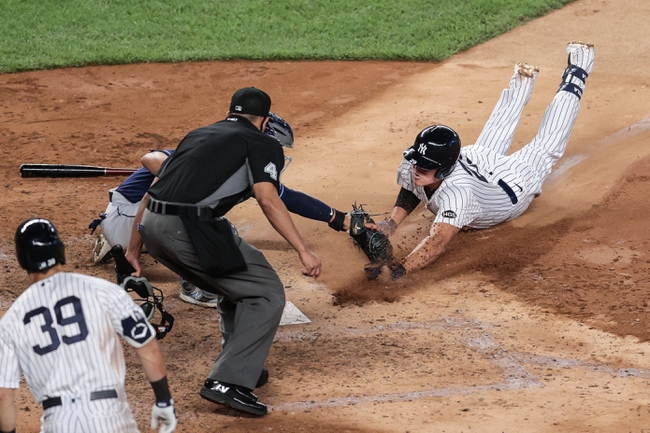 The Tampa Bay Rays face the New York Yankees on Wednesday, September 2nd at Yankee Stadium for game three of a three-game series.

The New York Yankees took down the Tampa Bay Rays by the final score of 5-3 on Tuesday night. The Yankees finally took down the AL East-leading Rays, as New York ended a six-game losing streak with Tampa Bay in game two of this series. The Yankees were led by DJ LeMahieu and Gio Urshela in this one, as two solo shots from DJ and a bases-clearing double by Urshela aided the Yankees offense in the victory. Aroldis Chapman earned the save in the win for the Yanks, but it did not come without some tempers flaring from both sides. Chapman started the final at-bat of the game against Mike Brosseau with a 101 mph fastball right at Brosseau's head. Whether Chapman intended to pitching towards Brosseau remains to be seen, but nonetheless, the Rays were not happy about it. It will be interesting to see how the two teams react in game three of this series, the final game of the season series between the Rays and Yankees. 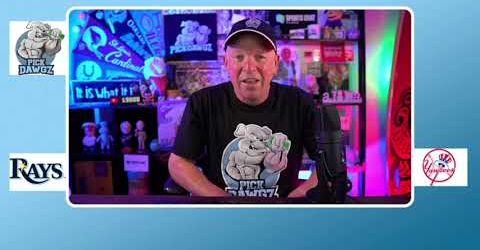 The Tampa Bay Rays will bring right-hander Charlie Morton to the mound to face the Yankees. Morton is 1-1 with a 5.40 ERA through his first 16.2 innings of the season with the Rays. Morton has not pitched since August 9th due to injury. In that start against the Yankees, Morton allowed one earned run through 2.0 innings.

The New York Yankees are set to send left-hander Jordan Montgomery to the bump for Wednesday's game. Montgomery is 2-1 with a 4.44 ERA through his first 24.1 innings of the season with the Yankees. Montgomery allowed two earned runs through 5.0 innings against the Mets in his most recent outing.

This should be a very entertaining game of baseball, as it will be the final game the Rays and Yankees play against each other during the regular season. I expect this game to go over the number, with each team hitting a few long balls along the way. Tensions will be high, and that could mean that a few batters get a free pass due to a hit-by-pitch or two.