The Baltimore Orioles and Toronto Blue Jays face off in an American League East showdown at Sahlen Field in Buffalo, New York. On Friday night it was the Blue Jays who were able to come away with victory in extra innings.

The Orioles have been competitive as of late but they have lost three games in a row. In two of those games they lost by only a run and in the other game they lost by two runs. One problem for the Orioles as of late is they haven’t been running up the score as well as of late. Over the last three games they are averaging only three runs, and they need to find a way to get the offense going. Anthony Santander has been the best player for the Orioles hitting 10 home runs and driving in 28 RBI’s.

On the other side of this matchup is the Toronto Blue Jays who have been playing well coming into this game having won three games in a row. Two games ago against the Boston Red Sox the offense was the difference putting up nine runs and that led to the victory. On offense for the most part it’s been a balanced attack that has led them to the success. Teoscar Hernandez has been the best player for the Blue Jays hitting 12 home runs and driving in 20 RBI’s.

These are two pitchers who have been good enough in this game to slow down the opposing team. Look for a low scoring game that goes under the posted total. 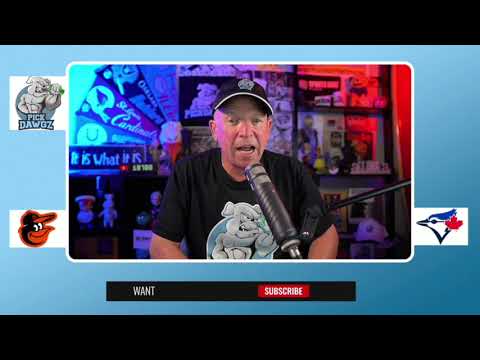